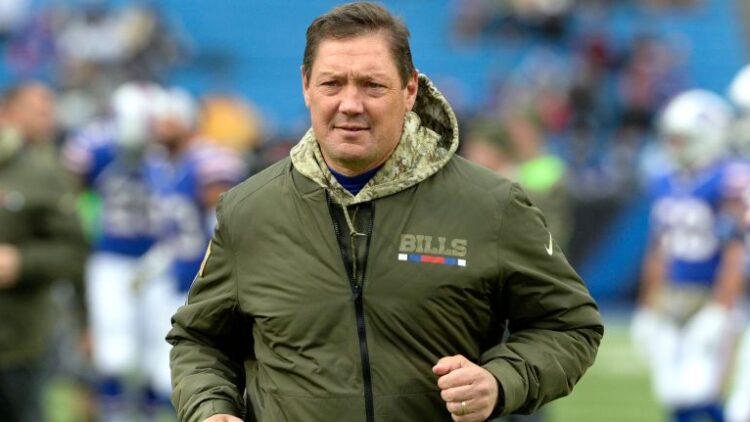 The Minnesota Vikings on Friday officially finalized the 2019 coaching staff. As expected, Rick Dennison was named the team’s new offensive line coach and Marwan Maalouf was added as the special teams coordinator.

The #Vikings 2019 coaching staff as it stands today. pic.twitter.com/8S3tVhjASm

Dennison’s official title is offensive line coach/run game coordinator. He has over 20 years of NFL coaching experience, including four seasons as an offensive coordinator. He last worked as the run game coordinator for the New York Jets in 2018. Dennison has a longstanding relationship with the Vikings new assistant head coach/offensive advisor Gary Kubiak. The two were teammates for the Denver Broncos from 1983 to 1990 and have coached together in some capacity for 15 seasons. Dennison is a three-time Super Bowl champion as a member of the Broncos coaching staff.

Terence Newman has a chance to return to the #Vikings coaching staff, but may choose to walk away, I hear — coaching is a grind. His exact choice will become more clear as we get into February. Good catch by @Proudhorn to note that Newman is no longer listed on the team website.

Drew Petzing, who was the team’s assistant QB coach last season, will make the switch to WR coach.

Maalouf replaced longtime special teams coach Mike Priefer, who had been with the Vikings since 2011. Priefer decided not to accept Minnesota’s offer to and instead decided to join his hometown Cleveland Browns in January.

The Vikings officially have their staff in place as the team prepares for the NFL Scouting Combine, which begins on February 26th.