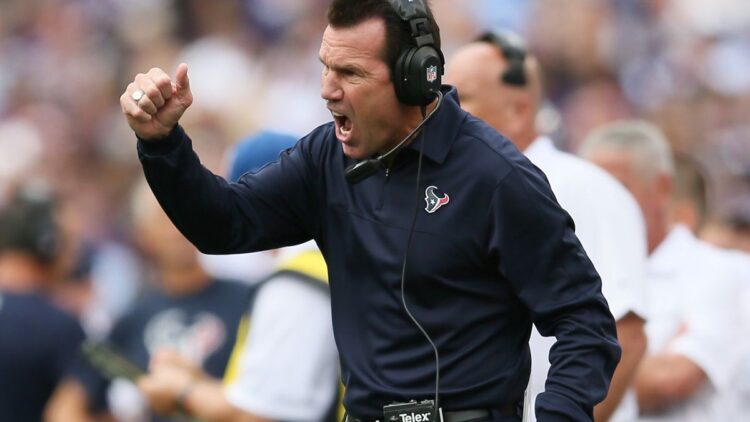 The Minnesota Vikings added a second father/son combo to the coaching staff today. Defensive specialists Mike and Adam Zimmer (linebackers coach) were joined by offensive specialists, Gary and Klint Kubiak. According to Adam Schefter of ESPN, the Vikings on Monday hired Gary Kubiak as an offensive advisor and his son, Klint, is expected to take over as QB coach.

Klint Kubiak, 31, previously coached for the Vikings from 2013-2014, when he was an assistant WR coach/quality control coach. During that time he worked with current offensive coordinator, Kevin Stefanki. Multiple reports have already confirmed that Stefanski will remain in said role.

After his first stint with the Vikings, Klint Kubiak became the WR coach for the University of Kansas before his most recent role as an offensive assistant/QB coach with the Denver Broncos.

Gary Kubiak, 57, is a former NFL quarterback with nine years of playing experience. He’s been coaching in the NFL since 1994. He was mostly recently head coach of the Denver Broncos from 2015-2016. His official title with the team has not yet been announced. Gary had also received interest from the Jacksonville Jaguars to become their offensive coordinator.

The Vikings are also expected to hire longtime Kubiak assistants Rick Dennison as offensive line coach and Brian Pariani as tight ends coach. Will bring you latest once it breaks.

Source says Brian Pariani hired as tight ends coach. Rick Dennison has not yet been hired as OL coach.

Per Tom Pelissero of the NFL Network, we now have Kubiak’s official title: