News From The North #6 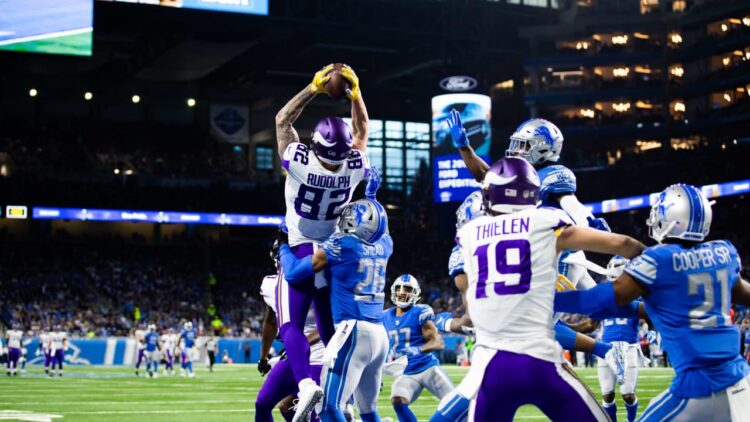 Welcome to the sixth edition of News From The North! This is your destination for updates on the NFC North, released the first and third Saturday of every month (except for our late edition today!). This report includes game recaps, roster moves, coaching changes, injury reports, pregame analysis and more.

As football fans across the nation wait for free agency to start in a couple of weeks, for now, we must satisfy our gridiron cravings by watching the NFL combine. Our own Kirby O’Connor has an excellent piece highlighting some key prospects to look at in Indianapolis.

One of the team’s most important decisions thus far in the offseason, the Vikings front office has decided to exercise the 2020 option in head coach Mike Zimmer’s contract. Zimmer, 62, replaced Leslie Frazier as the chief man in charge in 2014. His first head coaching job at any level, Zimmer has had 47 wins in five years, including a playoff win over the New Orleans Saints. Under his leadership, the team has earned two division titles, which becomes more impressive when you consider Minnesota has had four starting quarterbacks in those five years.

Zimmer is the ninth head coach in franchise history and has already made a name for himself with the third highest win percentage at .594 (80 games). He still has a long way to go before cementing his legacy in the North Star State like Dennis Green and Bud Grant, but I am confident that there will be many more years of January football in Minneapolis during his tenure.

The Windy City has been in hibernation lately. The most notable move the Bears have done since our last issue was restructuring Kyle Long’s contract. Long was drafted by Chicago 20th overall in 2013. In his six pro seasons, the offensive lineman has been to the Pro Bowl three times. His restructuring and continued presence at Soldier Field is significant, as it means the entire starting offense for Chicago will be returning in 2019.

The Bears have released TE Dion Sims. A starter for the team in 2017, he played eight games (starting four) in 2018 for only two catches. He was placed on Injured Reserve last November.

The Motor City has also been very quiet. The only significant news is the Lions extending the contract of DE Romeo Okwara. In his first season in Detroit last year Okwara started 14 games, racking up 39 combined tackles. 14 of those quarterback hits. The 23-year-old also led the team in sacks with 7.5.

Even the Cheeseheads have been twiddling their thumbs, slowly awaiting free agency to begin. Only some final coaching changes have happened recently.

Chris Gizzi has been promoted to head strength & conditioning coach. The job was previously held by Mark Lovat, who will now be an assistant S&C coach.

That’s all the NFC North news for today. Free agency begins on March 13, so our next issue on March 16 will have plenty to talk about. If you’re still not satisfied and need some more football, the AAF Salt Lake Stallions are hosting the Orlando Apollos at 7pm CST. You can find the game on the NFL Network.