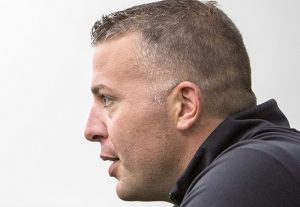 According to Chris Tomasson of the Pioneer Press, the Vikings plan to interview Philadelphia Eagles quarterbacks coach John DeFillippo after Sunday’s Super Bowl.

DeFilippo, 39, began coaching in the NFL in 2005. His first job was offensive quality control coach for the New York Giants under head coach Tom Coughlin. He then became the quarterbacks coach for the Oakland Raiders (2007-2008) under Lane Kiffin. He held the same position for the New York Jets (2009) under Rex Ryan. After a two-year stint in college football with San Jose State (2010-2011), DeFilippo returned to the Raiders. He was again the quarterbacks coach, this time under Dennis Allen (2012-2013) and then interim head coach Tony Sparano (2014). “Flip” was hired as the Cleveland Browns offensive coordinator in 2015 under head coach Mike Pettine (now Packers defensive coordinator). Both coaches were let go after the season. DeFilippo took over as the Eagles QB coach in 2016. He currently works under head coach Doug Pederson.

The contract of the Eagles QB coach expires after the season. DeFilippo interviewed for the Chicago Bears and Arizona Cardinals head coaching positions in January but both teams have filled the positions. The Bears hired Matt Nagy and the Cardinals hired Steve Wilks.

DeFilippo has a reputation of being a brilliant offensive mind. He’s received praise for his work in developing quarterback Carson Wentz and guiding Nick Foles after Wentz’s injury.

Despite the Vikings’ interest in DeFilippo, the coach has a special connection to Philadelphia. DeFilippo told Tomasson he’s in no rush to leave the Eagles, especially with an ascending franchise quarterback, a very good defense and a coaching staff that he loves to work with.

There have been conflicting reports of DeFilippo’s interest in the Vikings vacancy. Ben Goessling of the Star Tribune reported Thursday that “sources believe he’ll stay in Philadelphia.” On the other hand, Darren Wolfson of KSTP reported Thursday, “Word is he’d be interested in the Vikings offensive coordinator job. His agency, for what it’s worth, has a rock-solid relationship with the Purple.”

Hmmm. Word is he'd be interested in the #Vikings OC job. His agency, for what it's worth, has a rock-solid relationship with the Purple. https://t.co/xv3QffrnFh

The Vikings will find out after Super Bowl Sunday whether or not DeFilippo is interested in an interview. The team has met with current QB coach Kevin Stefanski, former Vikings and Seahawks OC Darrell Bevell, Houston Texans QB coach Sean Ryan and New Orleans Saints TE coach Dan Campbell regarding the offensive coordinator job.

Vikings general manager Rick Spielman said the new coordinator will be heavily involved in the decision-making process regarding the team’s direction at quarterback.