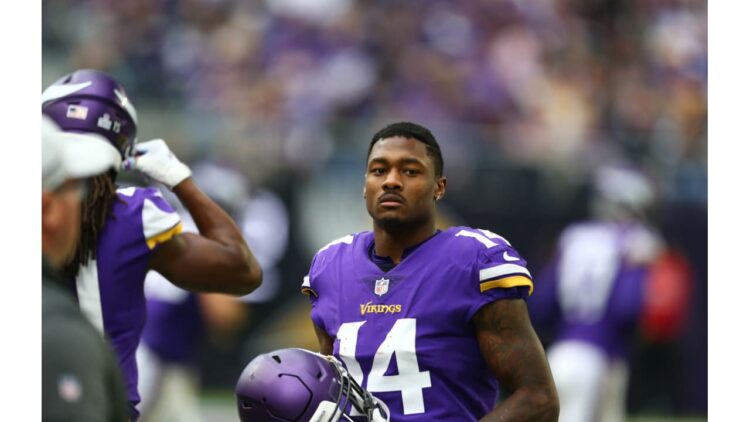 In the weekly rat race between national NFL reporters attempting to be the first person to report inactive and active players, Schefter won this round. Let’s see how accurate this one is…

According to Adam Schefter of ESPN, Minnesota Vikings wide receiver Stefon Diggs (ribs) is unlikely to play Sunday against the Detroit Lions. Diggs was listed as questionable on the team’s injury report after being unable to participate in practice during the week.

Vikings’ WR Stefon Diggs, listed as questionable for Sunday with a rib injury, is not expected to play vs. Lions, per sources. Vikings have a bye week next week, so Diggs will get two weeks to rest his ribs.

So far this season, Diggs has 58 catches for 587 yards with 4 touchdowns through 8 games. In lieu of Diggs’ availability, the Vikings on Saturday elevated receiver Chad Beebe from the practice squad to the active roster.

With Diggs out, the team’s depth at receiver includes Adam Thielen, Laquon Treadwell, Aldrick Robinson, Brandon Zylstra and presumably Beebe. It’s unclear whether or not the rookie will be active for the game. At this point it seems likely.