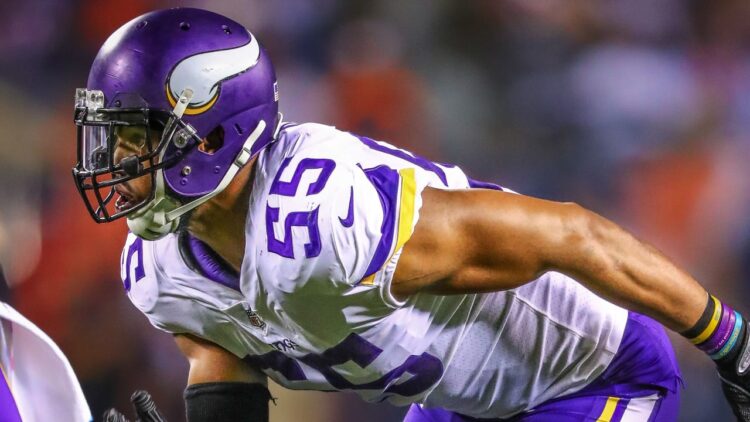 The Minnesota Vikings have announced the players that will be inactive for tonight’s game against the Chicago Bears. As expected, the two players listed as OUT on the team’s injury report will not play. Here are the remaining players that will be held out of Sunday’s divisional showdown at Soldier Field.

Andrew Sendejo will miss his fifth straight game with a groin issue and David Morgan will miss his second game of the season with a knee injury. Anthony Barr (hamstring), Mike Remmers (low back), and Tom Compton were all listed as questionable on Friday.

Barr, who was listed as questionable on the team’s injury report, is the only “questionable” player who will not play. He returned to practice on Thursday this week after sitting out of Wednesday’s session, but Eric Wilson will take the majority of snaps while Barr is out.

Ameer Abdullah is active for his first game as a Viking. The former Lion will likely see kick return opportunities and may receive a couple of carries or a few targets out of the backfield. Wide receiver Chad Beebe will be active for the second straight game.

The Vikings will get Stefon Diggs back after the wide receiver missed the team’s last game with a rib injury. Laquon Treadwell got the start in Week 9 with Diggs out. Also returning to the lineup will be starting left guard Tom Compton. Compton missed two games with a sprained MCL. Danny Isidora subbed for Compton during his absence.