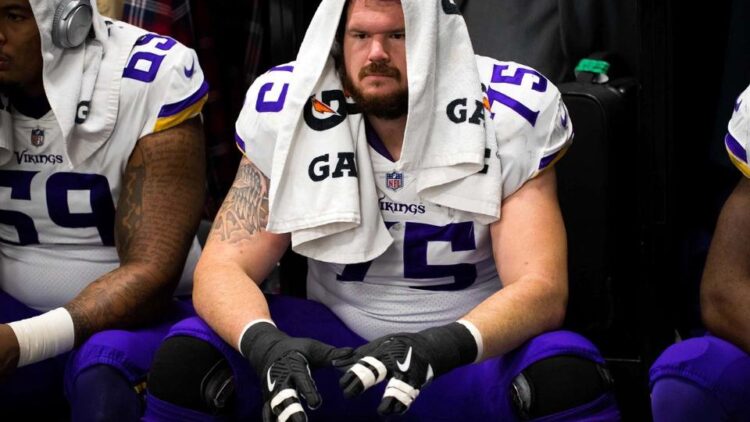 The Minnesota Vikings lost another candidate capable of bolstering their offensive line Friday. In the morning hours it was reported that the team’s starting right guard Joe Berger was retiring. Later in the day a report surfaced that another lineman would not be returning.

According to the Carolina Panthers‘ official Twitter feed, the team signed versatile lineman Jeremiah Sirles to a one-year contract.

Sirles was acquired by the Vikings via a trade with the San Diego Chargers in 2015. Minnesota sent a 2016 sixth-round draft pick to San Diego in exchange for the Nebraska alum.

In his two seasons in Minnesota, Sirles started 14 games. He started ten games at right tackle after the season-ending loss of starter Andre Smith in 2016. Then in 2017 he started four games at left guard after starter Nick Easton broke his ankle.

Sirles received a fair amount of interest on the open market. Considering his versatility (he can play tackle or guard), relative youth (26), and prototypical size (6-foot-6, 315 pounds), it’s a bit surprising to see him settle for a one-year deal.

Nevertheless, Sirles will have the opportunity to replace left guard Andrew Norwell. The All-Pro lineman left Carolina and signed with the Jacksonville Jaguars in free agency this offseason. Sirles will reunite with Norv Turner, Matt Kalil, and Jarius Wright as a member of the Panthers.