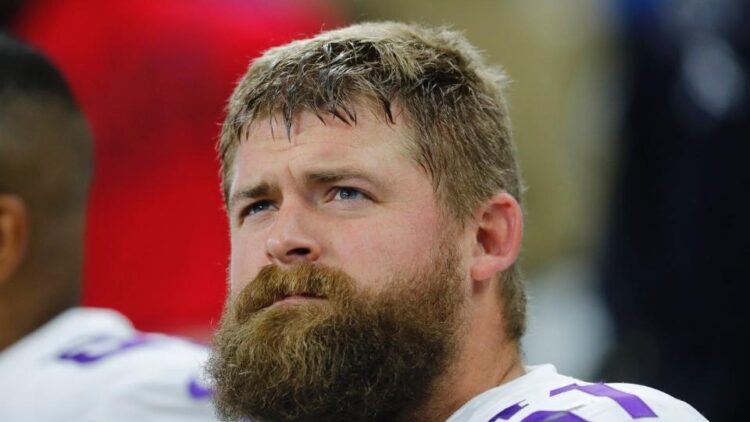 According to multiple sources, offensive lineman Joe Berger had decided to retire. Chris Tomasson of the Pioneer Press was first to report the news.

Berger, 35, initially showed interest in returning after the season. However, after mulling offers from multiple teams in free agency, he’s decided to hang up the cleats.

Originally drafted by the Carolina Panthers (207th overall selection) in the 6th-round of the 2005 NFL Draft, Berger bounced around the league early in his career before signing with the Vikings as a free agent in 2011. As a special teams leader (on kickoff return) and backup interior lineman, he didn’t see a ton of playing time at first. However, Berger made the most of his opportunities and became a full-time starter in 2015. He started 46 games the next three seasons, playing at all three interior line positions.

The former center then moved to right guard after the Vikings selected Pat Elflein in last year’s draft. Berger proceeded to start all 16-games in 2017, missing only two offensive snaps the entire season. He earned a 75.7 grade from Pro Football Focus, ranking him 23rd among eligible NFL guards. It was the highest grade among the team’s offensive linemen.

Of his 84 career starts 64 were with the Vikings.

The Vikings signed offensive lineman Tom Compton yesterday once the team heard of Berger’s decision. Compton told reporters the initial plan is for him to start at right guard.

Following the retirement of Berger, the Vikings have Compton, Nick Easton, Danny Isidora, and Josh Andrews at guard. There’s also been talk of moving tackle Mike Remmers to guard as well.

Per Tom Pelissero of the NFL Network, Berger released the following statement:

The statement reads: “After a lot of careful thought and prayer I have decide to retire from football. I have been fortunate to enjoy 13 seasons and have had the opportunity to play with so many good players and coaches. I was on some great teams before the Vikings, but it wasn’t until I got to Minnesota that I really felt at home. For seven years I was able to play for a great organization and in front of the best fans. US Bank stadium is an incredible place to play football. My family and I will be forever grateful for the opportunity I was given. I will miss my teammates and the game but am looking forward to this next chapter. So many people have had a part in my career and I hope some day I’ll be able to personally thank each one of them. Thanks for the memories! SKOL Vikings!”