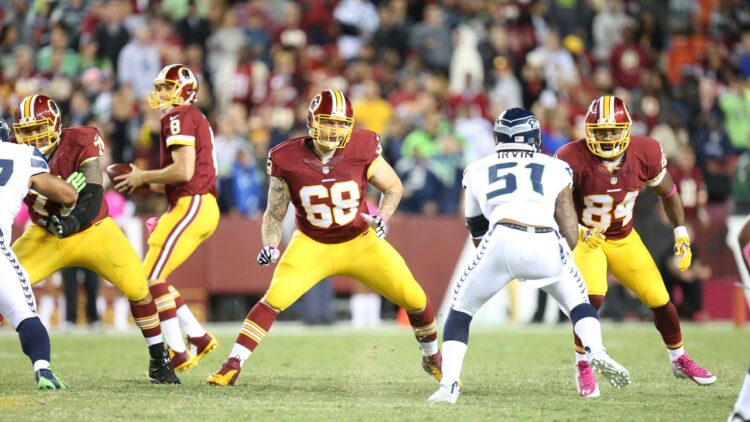 According to multiple sources, it appears the Vikings will sign versatile offensive lineman Tom Compton. The signing was originally reported yesterday by Les Davis of SiriusXMNFL. The report was confirmed by Alex Marvez of Sporting News.

Compton (6-5, 315 lbs.) is a Rosemount, Minnesota native. He played college football at South Dakota, where he played both left and right tackle.

Drafted in the sixth-round of the 2012 draft by the Washington Redskins, Compton was in the same draft class as Vikings quarterback Kirk Cousins. Cousins was drafted just two rounds earlier. According to Pioneer Press reporter Chris Tomasson, who spoke with Compton’s mother (Karen), the two were training camp roommates and are “best friends.”

Karen Compton said Tom Compton, a Minnesota native who will sign with the #Vikings, is "best friends" with Kirk Cousins and was his training camp roommate.

Compton made the Redskins practice squad as a rookie before being promoted to the active roster late in the season. He became the team’s starting right tackle midway through the 2014 season. Altogether, Compton spent four years in Washington before signing with the Atlanta Falcons before the 2016 season.