Vikings at Eagles By the Numbers 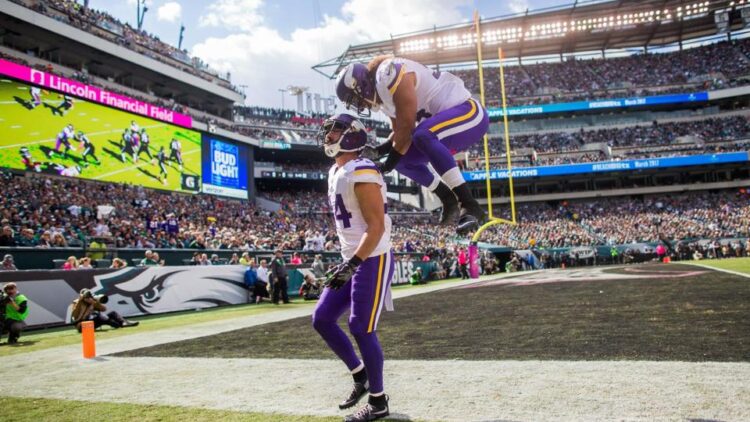 The NFC Championship Game features a showdown between the conference’s No. 1 and No. 2 seeds. On Sunday, the Minnesota Vikings and Philadelphia Eagles will face off at Lincoln Financial Field in Pennsylvania. The winner will represent the NFC in the Super Bowl in Minneapolis on February 4th.

At first glance this matchup appears to be a defensive battle. While that could be the case, all eyes will be on the quarterbacks, both of whom started the season as backups.

In his first career playoff start, Vikings quarterback Case Keenum went 25 of 40 for 318 yards with one touchdown and one interception in the 29-24 victory over the New Orleans Saints. He had a passer rating of 85.2.

Both teams won in dramatic fashion last weekend. Philadelphia hung on to beat the Atlanta Falcons 15-10thanks to a late goal-line stand by the Eagles defense.

The Vikings game ended with a pretty wild finish as well.

The teams are similar in a number of ways. Both teams finished with 13-3 records in the regular season, both have top-five defenses (including the top-2 NFL run defenses), and both teams feature balanced offensive attacks.

However, both teams have their strengths and weaknesses. Let’s take a look at how the teams stack up by the numbers.

Including the playoffs, the Eagles home record this season is 8-1.