VT Question of the Week: The Best of the 2015 Season 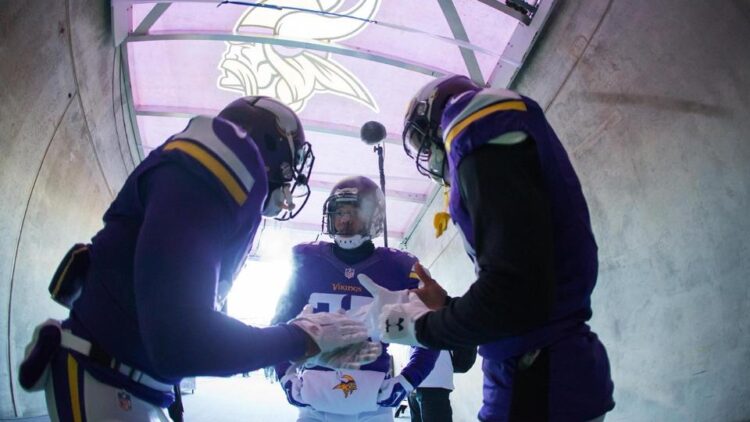 As soon as the final whistle blew on Sunday afternoon at TCF Bank Stadium, Minnesota Vikings general manager Rick Spielman transitioned to the next phase of life in the NFL; the offseason. Now that the quest for a Super Bowl title has come to an unsatisfying end, Spielman will begin analyzing the roster, targeting free agents, and preparing for the 2016 NFL Draft. It’s a process that takes months to execute, and one that’s informed by the results of the previous season. A season, that in many people’s minds, was an enjoyable, successful ride.

Here at Vikings Territory, we cheered, we cried, and we celebrated through the ups-and-downs of the season. On the roller coaster ride that was 2015, we each found our favorite moments that made the Vikings’ campaign a memorable one. After the jump, enjoy as we recount specific memories, and be sure to share your own in the comments section!

What was your favorite thing about the Vikings’ 2015 season?

Adam W.: The lack of drama

If the NFL is a reality show, then this was the most boring season in a long time for the Real Vikings of Hennepin County. No significant coaching hot seats. No roofs caving in. No MVP players in court. No StarCaps. No craziness involving Brett Favre or Randy Moss returns. No letting the clock run out on our draft selection. No boats. No relocation threats. This season was all about a young, talented football team playing football… and that is really it. I find that incredibly refreshing and thank Mike Zimmer for the stability he has clearly brought to an organization that desperately needed it.

Austin: Teddy Bridgewater stepping up when it counts

The “Teddy Truthers” will never go away. Until he throws for 4,000 yards and leads the league in touchdowns, he’ll never be “good enough” for the Vikings. I’ve made it clear that I fully believe in Bridgewater, and I loved to see him step up in the face of adversity this season. When the doubt creeped in among a restless fanbase, Teddy shoved it back, putting together his best performances when it mattered most. From his showing against the Arizona Cardinals on a short week in December, to his five-touchdown game against the Chicago Bears late in the season, Teddy displayed a remarkable amount of poise for a second-year quarterback. He’s not where he needs to be just yet, but that’s been the case all year. Give him another year, he’ll get there.

Carl.: The fight of the Vikings

Vikings head coach Mike Zimmer insists he’s not into moral victories, yet his undeniable pride for the way his players continued to fight game-in and game-out was on full display in 2015. Zimmer has instilled a mindset and a culture that is different from previous head coaches, and I’m loving every moment. Don’t get me wrong, I enjoyed seeing this year’s rookie class perform well and also watching the Vikings captured the NFC North title from the Packers, but without that “Zimmer toughness” showing it’s roots among the players, the success of this season may not have happened. Zimmer already has his players buying into the idea that they have unfinished business. Yes, I’m counting on that same fight and resolve to carry over into next season.

Frank is the content lead at Fan Talk, a social network for sports fans and Vikings nuts like myself. Before entering the world of social media, Frank covered the NFL as a journalist for more than a decade, including four seasons as a Minnesota Vikings beat reporter for KFAN Sports Radio. Thanks for joining the QOTW and sharing your Vikings thoughts with us, Frank!

Let’s face it: A lot went right for the Purple in 2015, a nearly drama-free season that ended with an NFC North title. None of it would have been possible without Peterson returning to form after what amounted to a one-year layoff on the NFL’s Exempt List.

Peterson didn’t just make a return for the Vikings, he returned as the NFL’s best running back, winning the rushing triple crown (327 attempts, 1,485 yards, 11 touchdowns). Had Peterson returned looking like a too-old back showing rust and thin tread on his tires, most would have shrugged their shoulders in an “I-told-you-so” fashion.

Remember, when Peterson suffered the only major injury in his career, tearing two knee ligaments late during the 2011 season, he returned to lead the league in rushing and win the NFL MVP in 2012. In hindsight, we should have expected much of the same. Peterson defied predictions and expectations again in 2015.