Norv Turner and the (Missing) Element of Surprise 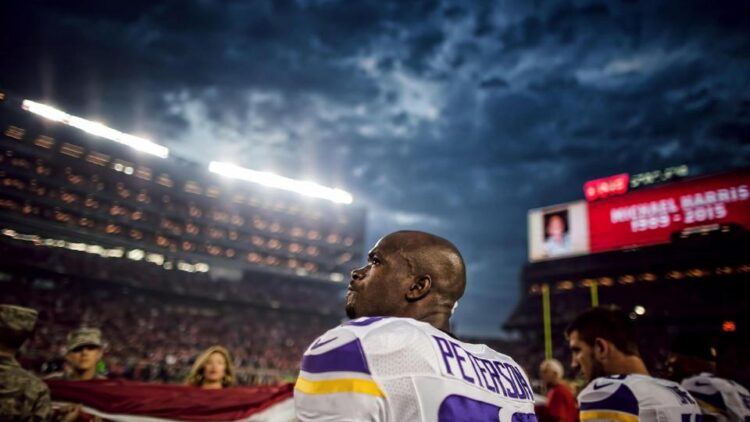 Starting fast in the NFL isn’t a new concept. Listen to players and coaches after games, and they’re likely to talk about “starting fast” and “finishing strong.” The idea is tried-and-true, and so are the results. According to Football Insiders, 83 percent of NFL teams that began the season 4-0 have gone on to make the playoffs since 1983.

On a macro level, it’s important to win multiple games early in the year. Not only does it cushion against later slumps, but helps teams gain an advantage on divisional opponents at the end of the season. The Minnesota Vikings enjoyed such success, winning seven of their first nine games in 2015. Although they lost three of their next four, Mike Zimmer’s team sat comfortably in the NFC playoff race because of the favorable win-loss differential.

But on a smaller scale, how did the Vikings start each of their 16 regular season games? Did they run the football with Adrian Peterson? Or, did offensive coordinator Norv Turner allow second-year quarterback Teddy Bridgewater to get into a rhythm early? The first play of every game doesn’t necessarily reflect that contest’s outcome, but on a team with one of the league’s most predictable, run-heavy offenses, it’s intriguing to analyze the trends.

A look back at the film reveals Turner and the Vikings offense were rather one-dimensional when they first touched the football this season. With one of the best running backs in the NFL, it makes sense to establish a run-first identity at the beginning of games. Adrian Peterson was Minnesota’s best offensive weapon last year, and Turner used the 30 year-old running back to his advantage. But at times, that predictability did little for the Vikings early.

Peterson’s presence in the backfield was a blessing and a curse in 2015. Without him, the Vikings don’t finish the season as the NFL’s fourth-best rushing team and NFC North champions. But without him, they also get the opportunity to see what Bridgewater can do in an offense tailored to his skill-set and experience. It’s well-documented that Bridgewater thrives from the shotgun, while Peterson struggles in the same alignment. The team saw Bridgewater’s potential for greatness late last year, and that was without Peterson. Though they failed to reach the playoffs, the Vikings ended their 2014 campaign encouraged by the development of their rookie quarterback.

That development fizzled in 2015, and at times this year, Turner seemed to default to the pedigree and talent of Peterson. Bridgewater was reportedly frustrated with the direction of the offense late in the year, and fans were vocally agitated by the end of the season. Despite finishing 11-5, it’s a collective belief that the offense could’ve (and should’ve) been better for the Vikings. They finished as the 31st-ranked passing attack while scoring about 23 points per game, good enough for 16th in the league.

How does this all relate to the beginning of games? It starts by looking at the first offensive play of each week as a microcosm of the entire season. The Vikings asked so much of Peterson throughout the year, giving Bridgewater few opportunities to shine in surprising passing situations. Defenses expected Minnesota to run the football on first down, and that’s exactly what they did. According to Team Rankings, they rushed the fifth-most on first downs in 2015.

The short clips in the gallery below highlight the first play from all 16 regular season games last season, ordered chronologically from Week 1 to Week 17.

These snaps offer offensive coordinators the opportunity to catch defenses off-guard or shy away from predictable tendencies. Like his struggles producing in the red zone, Turner was far too conservative at the beginning of games. Of Peterson’s 13 designed runs in such situations, his longest carry was 11 yards. On five of those attempts, Peterson rushed for two yards or less. Bridgewater, meanwhile, took zero “shots” down the field in his limited opportunities.

Of his three passing attempts to open games, Bridgwater executed two roll-outs to his right and threw one screen to Stefon Diggs. No pass traveled more than eight yards in the air, and twice, Turner asked Bridgewater to sell a play-fake without creating the precedence of a successful running attack. The screen pass against the Green Bay Packers, which went for just two yards, was nullified because of a penalty. And on the very next play, Turner handed the ball to Peterson for a one-yard loss.

Not once did Turner ask Bridgewater to “stretch the field” with a deep attempt or challenge his quarterback to break free from the norm. Often, teams will try to catch defenses off guard by showing new formations or concepts early in the game. The New England Patriots are the most notable example of this, and others like the Carolina Panthers and Cincinnati Bengals are creative with their play-calling. The Patriots will adjust blocking schemes and run-pass balances on a game-to-game basis, as they did most recently in the divisional round of the AFC playoffs. It’s that unpredictability that makes them so dangerous offensively each year, no matter the personnel or pieces on offense.

The Vikings, meanwhile, continue to ride the Peterson train to similar year-end results. In 10 of the team’s 16 games in 2015, Peterson finished with at least 20 rushing attempts. And in five of those contests, he rushed at least 25 times. Bridgewater attempted more than 40 passes just once last season, while Patriots quarterback Tom Brady finished the year with eight games of 40 or more pass attempts. Still, Bridgewater attempted 45 more passes than his rookie year — while playing in three more games — and finished as Minnesota’s first 3,000-yard passer since Brett Favre 2009. So, what does it all mean? In the grand scheme of the entire, 1,022-play season; very little. Rather, the series of plays at the beginning of each game represent the struggle Turner faces in finding a balance between Bridgewater and Peterson. Not every first play is going to turn into a touchdown, and not every first play is going to end in disaster. For the most part, the Vikings ended up right in the middle, averaging 3.25 yards when either Peterson or Bridgewater touched the ball first.

Given the offensive line’s struggles and the team’s offseason commitment to Peterson, Turner’s strategy to rely on a run-first, run-heavy attack is an understandable one. But as a fanbase, it’s difficult to watch the team’s franchise quarterback held back by a conservative game plan that limits his opportunities. There’s no better example of this than the team’s approach to their final game of 2015 — the first round of the NFC playoffs against the Seattle Seahawks.

On first down in that game, Peterson touched the ball 14 times, while Bridgewater was asked to throw eight. Peterson finished with 34 yards on 14 carries and a 14 percent success rate. Bridgewater, in the biggest test of his young NFL career, finished 5-of-8 for 65 yards and a 63 percent success rate. It’s time for a change in Minnesota, and that begins by putting the ball in Teddy Bridgewater’s hands early and often.