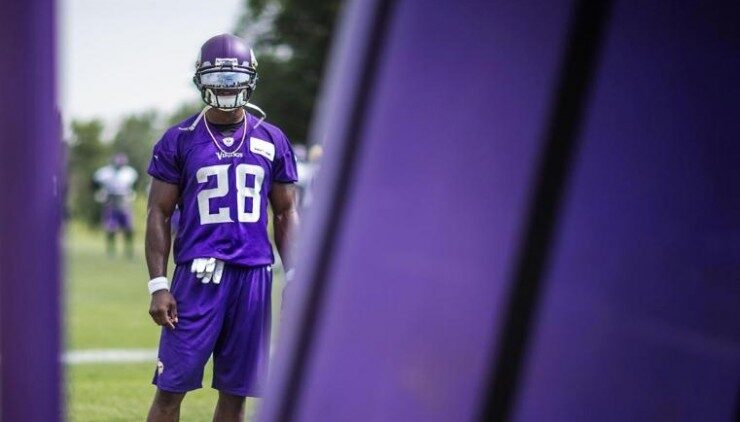 As announced this morning on the team’s official website, the Minnesota Vikings and Adrian Peterson have mutually agreed to restructure the final three years of Peterson’s contract. Before today’s development, Peterson was set to earn $12.75 million in 2015, $14.75 million in 2016, and $16.75 million in 2017 with no guaranteed money.

Although team policy prevents the Vikings from releasing contract details, Charles Robinson of Yahoo Sports disclosed some of the information:

Shortly after, Pro Football Talk released the full details on Peterson’s newly-guaranteed money, citing a “source with knowledge of the situation”. According to the report, “Peterson’s deal carries $20 million guaranteed at signing”, with part of that guaranteed for injury while the rest is fully guaranteed.

In his report, Florio suggests that the Vikings “fully guaranteed the $13 million Peterson was due to make in 2015” and made the remaining $7 million an injury-only guarantee to be paid at the commencement of the 2016 league year.

The guaranteed money, as Robinson reported on Twitter, is a commitment to Adrian Peterson and the development of Teddy Bridgewater, as they believe this is a playoff team. Robinson also reported that the restructure began when Peterson arrived for OTAs in May as a sign that the organization is “committed beyond 2015”.

In a statement released on the team’s website, Peterson expressed appreciation and excitement about the restructured contract, which he has been vying for since missing almost the entire 2014 season:

[quote_center]”I appreciate the Vikings for working together on this restructured contract, which provides additional security for me but also allows opportunities for me to further prove my value to the team and within the NFL. It was important for me to continue my career in Minnesota, and I cannot wait to get on the field in front of Vikings fans again.”[/quote_center]

The announcement also included a statement from general manager Rick Spielman, who has long campaigned for Peterson’s return and sees the 30-year-old running back as an integral piece of the Vikings’ playoff hopes:

[quote_center]”This agreement is a win for both Adrian and the Vikings and is a positive step toward Adrian finishing his career as a Minnesota Viking. As we have consistently said, Adrian is a valuable part of the Vikings organization and we look forward to his return to the field.”[/quote_center]

In the end, both sides are happy — Peterson has his guaranteed money, and the Vikings will start the season with one of the league’s best running backs. While we could have avoided the drama that ensued for months this offseason, it should make Vikings fans happy to know Rick Spielman and his front office are committed to their best players and the long-term success of the organization.