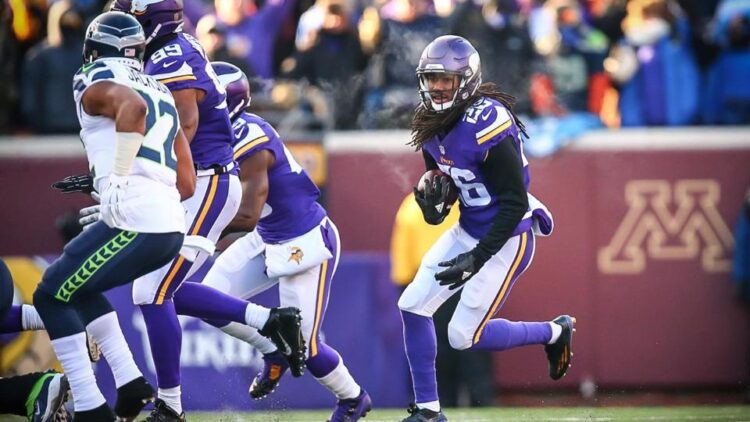 The Minnesota Vikings suffered the cruelest of ends to their 2015 season, but there is hope. It begins with the NFL Draft this spring, when teams have the chance to improve their roster with the best talent that the NCAA has to offer. The Vikings have used their most recent first-round picks — top-12 selections in 2014 and 2015 — to build defensively, but may be in a position this offseason to focus on their most pressing offensive needs. After Sunday’s playoff loss to the Seattle Seahawks, the Vikings will select 23rd-overall in the 2016 NFL Draft.

It was painfully obvious on Sunday that the Vikings have a number of roster holes to fill through free agency and the draft. A porous offensive line struggled to protect Teddy Bridgewater (as they have all year) and a lack of offensive weaponry prevented Minnesota from scoring an offensive touchdown. In frigid conditions, the kicking game also played a major factor in the loss. Punter Jeff Locke averaged just 34.4 yards on five attempts and failed to “spin the laces” out on Blair Walsh’s missed game-winning field goal.

Despite finishing the season at 11-5 and as NFC North champions, the Vikings have a busy offseason ahead of them, filled with important roster decisions and choices to make in the draft. At No. 23 in the first round, which begins April 28, general manager Rick Spielman will have the power to trade, select, or negotiate as he pleases. As Ryan Boser wrote last April, Spielman’s draft tendencies point to a potential trade at that slot:

[quote_center]In three drafts as GM, Spielman has made seven R1 picks. Only one of those was made from an original Vikings draft slot.[/quote_center]

It’s still too early to determine what the Vikings view as their biggest need, but in a class filled with impressive running backs, wide receivers, and offensive linemen, don’t be surprised if Spielman begins to surround Bridgewater with the weapons he needs on offense.