#MoreThanWords: An Exciting Auction for the Mike Zimmer Foundation 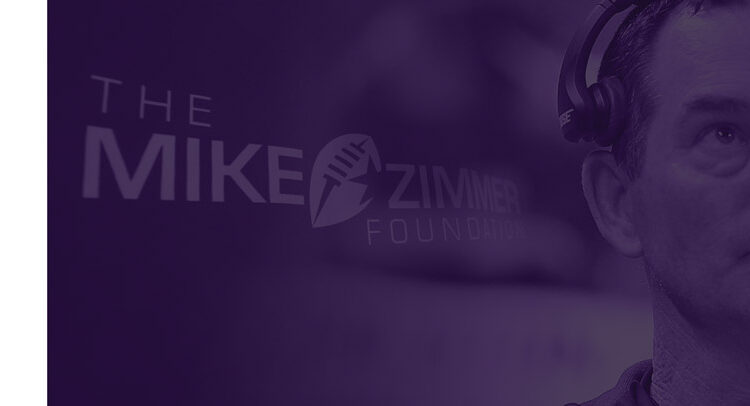 The support for #MoreThanWords has been nothing short of inspiring. Since June 1, we’ve raised more than $11,000 through your generous donations to the Mike Zimmer Foundation. And with a little over a month left, we’ve blown past our goal of $10,000!

We wouldn’t be here without the support of Fan HQ, Minnesota’s popular sports memorabilia outlet. Earlier this month, Fan HQ announced a meet-and-greet event with Minnesota Vikings head coach Mike Zimmer. Tickets went on sale shortly after the announcement, and fans rushed for the chance to meet Zimmer and win exclusive prizes. The event sold out in a matter of days, with all proceeds going to the Mike Zimmer Foundation.

If you didn’t get a ticket, you’re in luck! Late last night, Fan HQ opened an auction on Ebay for a VIP Experience at the SOLD OUT event, which takes place at the Eden Prairie location on July 21st from 7:00-8:00 pm. Participants have until Wednesday at 5 p.m. to bid on the auction, but they better hurry; the current bid is already at $620!

According to the posting, one lucky fan/bidder will have the opportunity to serve as Coach Mike Zimmer’s Right Hand Man or Woman at the Fan HQ event. They’ll also receive a number of prizes, with 100 percent of  the bid price benefiting the #MoreThanWords campaign and Mike Zimmer Foundation.

After the July 21 event, the fan will also have the opportunity to visit training camp and appear on the pages of Vikings Territory! Future experiences include:

The real winners here are the beneficiaries of the Mike Zimmer Foundation — children in need. Your donations, winning bids, and support of #MoreThanWords ensure we’re all making a positive impact in their lives. Let’s keep it going!