#MoreThanWords Rolls on Through Training Camp 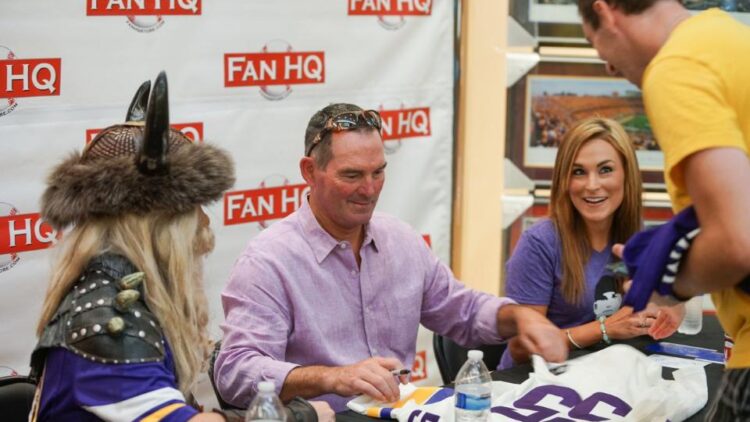 Minnesota Vikings fans are locked into training camp coverage, and for good reason. It’s been months since the Vikings played real football, and today marked the team’s first practice of the offseason in full pads.

This time of the year is about more than football, though. Lindsey Young found that out this week after speaking with two fans in Mankato. The first, Sophie, met many of the Vikings who inspired her through numerous health problems. The other, Abigail, refuses to let bullies deter her love for the Vikings.

Off the field, players can positively impact the lives of fans and those in need. Here at Vikings Territory, we’ve joined forces with other blogs, loyal readers, and FanHQ to do the same. Thanks to your generous donations and the support of the Zimmer family, we’ve raised nearly $14,000 for the Mike Zimmer Foundation.

Our collective efforts end in a little over a week on Tuesday, August 9th, but that won’t stop us from going out with a bang. Since our last Sunday update, we’ve been a part of a few exciting events and opportunities:

As #MoreThanWords comes to a close, we want to thank anyone and everyone that was involved in these efforts. Together, we’ve done so much good work that will last long beyond the close of #MoreThanWords. From FanHQ to the reader sitting at home, you’ve helped make this year’s campaign an unimaginable success.

And if you’d still like to make a difference, there’s time! You can purchase a  custom-made shirt or donate directly to the Mike Zimmer Foundation!