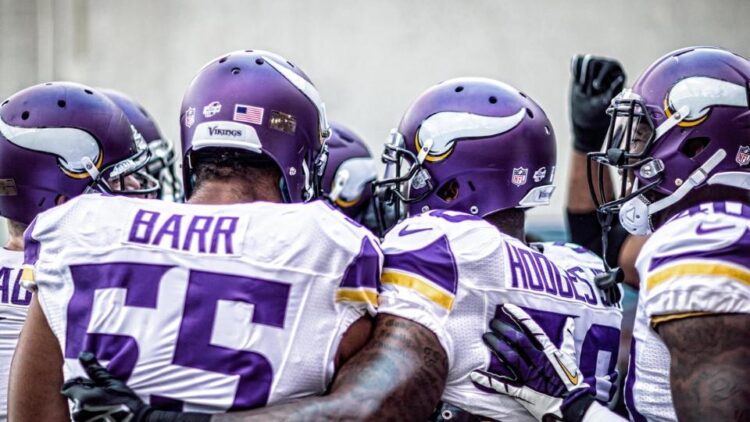 Few weekends rival the first Saturday and Sunday each September — for football fans, that is. College football is back, the preseason is over, and actual, meaningful NFL games will be played in less than a week. From now until the first week February, we won’t go a weekend without football, and that’s something to celebrate.

But for more than 700 players around the NFL, this weekend marked the end of a dream — teams were required to cut their rosters from 75 players to 53 by 3 pm CT today, and that meant 22 Minnesota Vikings became former Minnesota Vikings over the weekend. Those players include:

In addition to these cuts, the Vikings also placed cornerback Jabari Price on the reserved/suspended list and traded a 2016 sixth-round draft pick for Chargers guard Jeremiah Sirles. After the jump, we’ll reveal the current depth chart (minus those on injured reserve and the PUP list) and analyze a few of the day’s biggest surprises and releases.

On offense, it’s clear the Vikings are comfortable opening the season with Joe Berger, Zac Kerin,  Austin Shepherd, and now, Sirles, as the team’s rotational offensive linemen. Each of those players has done enough to earn a spot on the team, which can’t be said for rookie Tyrus Thompson, European import Babatunde Aiyegbusi, and second-year swing tackle David Yankey.

Although Thompson had a strong training camp at guard, he struggled throughout the preseason and never fully adjusted after playing left tackle at Oklahoma. Yankee didn’t play a snap as a rookie, and his strengths — strong footwork, smart blocking angles — never translated from Stanford to Minnesota. As for Aiyegbusi, his size was never going to make up for his inexperience, especially against NFL-level talent.

At tight end and fullback, Rick Spielman and company opted to hold onto Chase Ford and keep Zach Line on the roster. I for one thought the team would part ways with Ford and give Rhett Ellison a bigger role in the backfield, but both Line and Ford are safe heading into Week One. This may have affected Spielman’s decision to cut DuJuan Harris and Dominique Williams, leaving the Vikings with just three running backs on the active roster.

Behind Teddy Bridgewater and Shaun Hill, rookie undrafted free agent Taylor Heinicke played his way onto the active roster and will open the season as the team’s third quarterback. The quarterbacks will be throwing the ball to six wide receivers — including Cordarrelle Patterson — after the release of three reserve pass catchers.

With a slew of picks in the 2015 NFL Draft, it’s reasonable to believe not every selection will be a hit. On the defensive side of the ball, that was the case for rookie safety Anthony Harris and tackle B.J. Dubose. Both players were buried on the depth chart at some of the Vikings’ deeper positions, though I wouldn’t be surprised to see Harris land on the practice squad shortly.

One of the more intriguing situations is at linebacker, where Spielman enters the season with just six players.  Mike Mauti, Brandon Watts, and former CFL player Brian Peters were all released, signaling the Vikings’ confidence in seventh-round draft pick Edmond Robinson. He currently sits behind Anthony Barr and Gerald Hodges Jr., but could be a special teams contributor early given his size and untapped athletic potential.

Though it appears the Vikings are only carrying five cornerbacks, two players aren’t listed — Jabari Price, who is serving a two-game suspension, and Josh Robinson, who won’t return to the field until after Week Six. The presumed starters are Xavier Rhodes and Terence Newman, though Captain Munnerlyn may man the nickel corner spot early into the year if Trae Waynes earns a bigger role on the outside.

No surprises on special teams. As Mike Zimmer said after Thursday’s final preseason game, Blair Walsh is the team’s kicker and he has to start making field goals. Like Walsh, Locke is the Vikings’ punter, and the team will have to move forward hoping his play improves with the addition of new long snapper Kevin McDermott.

Marcus Sherels remains the Vikings’ No. 1 punt returner, and Cordarrelle Patterson will continue to field kickoffs — a testament to their value on special teams, not their value at their respective positions on offense and defense.

What do you think of the Vikings’ 53-man roster? Do you like the cuts and decisions made by the front office, or were you expecting more from Rick Spielman and his staff?