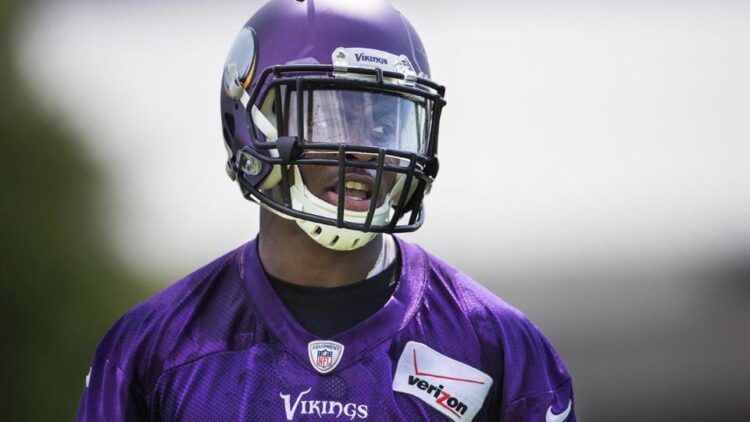 After yesterday’s surprise contract restructure, Adrian Peterson likely woke up today the happiest member of the Minnesota Vikings. He’ll earn $13 million guaranteed in 2015 and another $7 million guaranteed in 2016, bringing his guaranteed total to $20 million through 2017. It’s an exceptional deal for a player nearing the twilight of his career, and a deal that will keep one of the Vikings’ most important players in Minnesota for at least two more years.

Like Peterson, Vikings offensive coordinator Norv Turner has to be excited for the start of the season. When he joined Mike Zimmer’s staff, Turner envisioned “getting the field spread” for Peterson and creating more opportunities in the passing game and running game for the veteran. In 2009, Peterson hauled in a career-high 43 receptions, and Turner’s system will likely help the nine-year veteran eclipse that mark in 2015.

Without Peterson for the majority of the 2014 season, Turner relied on Jerick McKinnon and Matt Asiata to carry the load. The two combined for 1,108 yards rushing and nine touchdowns on the year, with each providing a different element to the running attack. Asiata is a straight-line runner and goal line specialist, while McKinnon is the prototypical change-of-pace back, able to make plays on quick hitting run plays and passes out of the backfield.

Now that Peterson is back, McKinnon and Asiata will see their roles reduced significantly. Peterson is THE starter in Minnesota, though McKinnon has the potential to be a third down back or reliever for Peterson to keep the veteran’s legs fresh. McKinnon missed the final five games of the season after undergoing back surgery, but looks to start training camp in top shape, per Norv Turner on the team’s official website:

[quote_center]“Jerick, really looks faster than a year ago, because he’s real confident in what he’s doing. He’s 100 percent healthy and he’s flying around. He really gives you a nice dimension, a changeup.”[/quote_center]

McKinnon’s freakish athleticism is well-documented, and it will be an important weapon for Turner as he adjusts to a somewhat-revamped roster. When I think about McKinnon’s potential role in this offense, I can’t help but look back on the 2008 season, when Peterson and Chester Taylor combined to form one of the NFL’s most productive backfields. Together, they rushed for 2,159 yards, and scored 14 touchdowns on the ground. In the passing game, they caught 66 balls for 524 yards and two touchdowns — both coming from Taylor.

That year, Taylor had 101 attempts on the ground and 45 catches to Peterson’s 363 attempts and 21 catches; Peterson was the workhorse and Taylor was critical converting third downs, averaging 8.9 yards per reception. Taylor’s production was extremely high for a “backup”, and it’ll be tough for McKinnon to match those totals.

Under Norv Turner in 1993, Emmitt Smith and Derrick Lassic combined for numbers closer to what I think McKinnon and Peterson will hit in 2015. Smith had 283 attempts to Lassic’s 75, rushing for 1,486 yards to Lassic’s total of 269. In the passing game, Smith caught 57 balls for 414 yards, while Lassic caught just nine for 37 yards. The Vikings don’t have a traditional fullback like Turner did in Daryl Johnston, who caught 50 balls for 372 yards that year — I’d expect Turner to adjust his scheme to fit a combination of Peterson and McKinnon.

Behind Peterson and Smith, Chester Taylor and Derrick Lassic contributed to the success of their respective offenses, both in the running and passing game. While Norv Turner’s scheme will likely change over time, it has the chance to make McKinnon a threat on third down or in change-of-pace situations.

Last year, you saw what McKinnon can bring to this team. This year, Peterson believes the second-year running back is only going to improve:

[quote_center]”He’s a young guy who’s improving. I’m able to see that in the classroom and on the field, as well. He has been great at catching the ball and running the ball. To me, he seems more patient when it comes to pressing the holes and making the right reads.”[/quote_center]

With that improvement comes a rounding out of McKinnon’s numbers, as predicted by Football Guys’ Bob Henry. They’re a bit lower than McKinnon’s totals from 2014, but that’s expected with the return of Peterson:

Sticking with Henry’s predictions, Peterson will have 270 attempts, 1,260 yards, and 11 touchdowns on the ground. In the passing game, he’ll catch 45 balls for 330 yards and two touchdowns. Combined, Peterson and McKinnon will have 1,620 yards rushing and 12 touchdowns, with another 67 catches and 500 yards through the air.

Now that you’ve seen the stats, it’s time for the poll question of the week. Be sure to answer below and share your own predictions in the comments section!:

Will Jerick McKinnon fall short, meet, or exceed these numbers?