9 Bold Predictions for the Vikings QB1 after Kirk Cousins

VikingsTerritory writers were asked to provide one bold prediction about the identity of the man who eventually takes over as Kirk Cousins’ heir apparent.

The franchise lost to the New York Giants in Round 1 of playoffs, exiting the postseason tournament after winning the NFC North by a fancy margin. Accordingly, a change-filled offseason is afoot, and VikingsTerritory’s writers are analyzing the long-term future.

9 Bold Predictions for the Vikings QB1 after Kirk Cousins

The Vikings probably won’t move on from Cousins this offseason, so let this prediction piece serve as an appetizer for now and later.

Just to drive the part of the Vikings fanbase desperate for the “new-fangled” athletic quarterback, Minnesota adds a year to Kirk Cousins’ contract — and then drafts Stanford quarterback Tanner McKee on Day 2 of the NFL Draft.

McKee has the size and arm to be a very good pocket passer. Having spent two years in Brazil on a Latter Day Saints mission, his college career was delayed. He will have two years behind Cousins to prepare before the Vikings roll the dice in 2025.

The Vikings will draft Spencer Rattler in the 3rd Round this year, and he will start in 2025.

The next Vikings QB1 after Kirk Cousins will be Anthony Richardson. The Vikings will let Cousins ride out his deal while allowing Richardson to sit on the bench and learn for a season.

They will be tempted to go after Aaron Rodgers, who will be coming off a mediocre season with the New York Jets. But, for once, the Vikings invest in the future.

When the Kirk Cousins era ends, the Vikings will swing the pendulum from a steady, dropback passer to a swift mobile quarterback more in tune with the modern NFL. And forecasting the 2024 NFL Draft, that could be Shedeur Sanders. Yes, Deion’s kid.

It is unclear where Sanders will fall in the 2024 draft class, but that makes it easier for this exercise. Let’s hope Minnesota has a low-round pick in 2024 and can plan for the future accordingly with Deion’s boy.

Cousins is 35. Now is the time to at least begin contemplating life after Cousins because it would not be strange at all for the man to hit a wall in 2023 or 2024. That’s how it goes.

I’m of the opinion that Kirk Cousins’ purple career is closer to middle-aged than to senior status. In other words, my crystal ball tells me that Mr. Cousins will be under center for at least three more seasons, making this question difficult to answer.

Now, let me also say that my knowledge of college prospects is, in a word, nonexistent. I’ll thus be leaning on throwing a blind dart into the air, not at all expecting my infinitesimally-small chance of bullseye accuracy to slow me down.

With all that said, my prediction for the 2026 starting Vikings QB: Jordan Love. This is my wholly unsatisfying, unrealistic prediction that even I don’t believe.

The 2021 third-overall pick needs a fresh start. 2022 seventh-rounder Brock Purdy stole his job and won’t give it back. 49ers GM John Lynch needs to get some assets back after spending three first-round picks for Lance. His presence in the building would also cause disturbance as soon as Purdy has a bad game.

Vikings GM Kwesi Adofo-Mensah worked for the 49ers, and his connections will help facilitate the deal. He will back up Cousins for a season before taking over as the starter.

Prediction Maker = Josh Frey
When? = At Some Point.

Ultimately, the Vikings are likely to look for their long-term QB in either the 2023 or 2024 drafts, depending on how Adofo-Mensah and O’Connell view prospects in each class.

However, if we’re talking about the immediate aftermath of Cousins, I’m of the mind that Nick Mullens will serve as a bridge QB at some point. There’s a reason that the Vikings went out and got a competent backup to put behind Cousins and learn the offense. Whether it be for four games or an entire season, Mullens would be my bet as Minnesota’s next starter.

8. Will Levis or Caleb Williams

The Kirk Cousins experiment has come to an end. He has played well and put up great numbers over the last five years. However, in that same time, the Vikings have been to the playoffs twice and won one game.

This is not good enough.

It’s time to plan for the next 5-10 years, and Cousins won’t be here that long. It’s time to ride out his contract, suffer in 2023, and look to the long-term future.

9. A QB Currently in High School

Captain Kirk will continue to operate the Vikings offense through at least 2025. After a couple of offseasons to fix the defense and fine-tune the offense, Minnesota will make multiple deep playoff runs — gasp — resulting in late-first-round picks for the foreseeable future.

This fate will limit Minnesota’s ability to draft a plug-and-play franchise quarterback, requiring Adofo-Mensah to find a late-round project. That guy is still in high school. He’ll sit behind a 38-year-old Cousins for a year and take the reins in 2027. 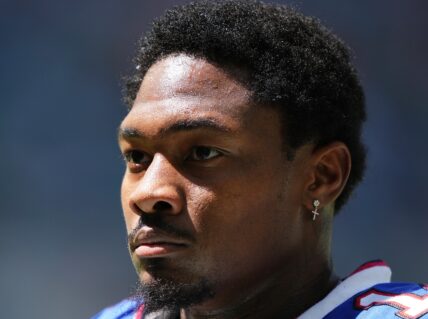 Also Read:
Disgruntled Diggs Is Back