The Vikings Coaching Carousel: Everything You Need to Know Now

The Minnesota Vikings will have a new defensive coordinator for the 2023 season, firing 2022 defensive bossman Ed Donatell last week. Minnesota’s defense couldn’t stop the New York Giants in the playoffs, the group wasn’t very productive in the regular season, and a new man or woman will lead the unit within a couple of weeks.

The Vikings Coaching Carousel: Everything You Need to Know Now

As of January 23rd at 4:15 pm CST, this is everything you need to know about the Vikings current coaching carousel.

The Baltimore Ravens loss to the Cincinnati Bengals nine days ago, and that inspired change as Ravens skipper John Harbaugh fired offensive coordinator Greg Roman. With either Lamar Jackson or “the next guy” at QB1 — Jackson isn’t secured in Baltimore for the long haul as of January 22nd — the Ravens will implement a new offensive coordinator.

Angelichio, 50, has almost three decades of coaching experience under his belt and has been in the NFL on various coaching staffs since 2012, where he landed his first job as a TE coach for the Tampa Bay Buccaneers. Six teams have employed Angelichio for the same job:

Angelichio is considered a longshot to land the gig, as men like Frank Reich, Eric Bieniemy, and Byron Leftwich are rumored to be in the mix for the job, too.

The Los Angeles Chargers squandered a 27-0 lead to lose at the hands of the Jacksonville Jaguars in the Wildcard round of the playoffs, creating an upcoming overhaul to head coach Brandon Staley’s staff. Some believed Staley would personally be fired, but he “got away with” getting rid of his offensive coordinator Joe Lombardi in what felt like a “killed or be killed” transaction.

Johnson joined the Vikings staff less than a year ago when Minnesota welcomed O’Connell from the Los Angeles Rams. Before the recent Vikings gig, Johnson was the Indianapolis Colts offensive quality control coach.

Johnson has an exciting opportunity with the Chargers interview. He played eight years of quasi-professional football (NFL, CFL, IFL, and UFL) before turning to coaching. He last appeared in the NFL during practice-squad stops with the Baltimore Ravens and Dallas Cowboys in 2016. And at Texas A&M over a decade ago, Johnson was a Consensus 2nd-team All-Big 12 in 2009. Johnson also played basketball collegiately for the Aggies.

A fan favorite on O’Connell’s staff — probably because he was the only holdover from the Mike Zimmer era — Bill Belichick’s greatness noticed McCardell.

McCardell joined the Vikings coaching staff in 2021, and when the franchise cleaned house with a new general manager and coaches. McCardell was the last man standing for coaching holdovers. Even beloved men like Andre Patterson trekked to new teams. But McCardell stayed, pairing with O’Connell.

He’s adored by Vikings wide receivers, particularly Justin Jefferson and Adam Thielen. Last January, as the Vikings experienced the front office and coaching upheaval, Vikings players called up McCardell to act as one of the lone coaching survivors. Wide receiver Adam Thielen stated, “I’m kinda hoping coach McCardell stays around because that’s the kind of guy he is.”

McCardell has an absolutely sterling reputation with the Vikings — probably why New England wants to chat with the 53-year-old. He’s credited with polishing the aforementioned Jefferson, who is weeks away from winning the NFL’s Offensive Player of the Year award.

For life after Donatell, Desai would bring the “Chicago Bears” approach to the Vikings.

The Star Tribune’s Ben Goessling tweeted before Sunday’s batch of Divisional Round playoff games, “Source confirmed the Vikings requested an interview with the Seahawks’ Sean Desai for their defensive coordinator opening. They’d interviewed Desai for the job a year ago, as well.”

Desai, 39, began his coaching career at Temple University in 2006. Here’s his full resume to date:

Desai was coworkers with Ed Donatell in Chicago, as the two crossed paths in four seasons from 2015 to 2018. Donatell was the Bears defensive backs coach, whereas Desai handled the defensive quality control responsibilities. Their boss during those campaigns, Vic Fangio, is available, too, this offseason for defensive coordinator responsibilities but is not yet on the Vikings shortlist for interviews.

Desai ran a 3-4 base defense in Chicago, which Minnesota implemented with Donatell in 2022. The Vikings are historically a 4-3 franchise, and it is unclear after Donatell’s exit if Minnesota would revert to a 4-3 or remain committed to a 3-4.

As defensive coordinator with the Bears in 2021, Desai’s defense ranked 13th in NFL per defensive DVOA. And some might say his on-the-field personnel was meh.

Perhaps Vikings fans’ favorite DC contender, Flores is also the most well-known. He was the head coach for the Miami Dolphins before a controversial exit last year (right around this time on the calendar).

Here are the defensive specs from his time with the Dolphins:

Flores was the first reported candidate summoned by the Vikings for a DC interview.

Nielsen, who also interviewed with the Atlanta Falcons this cycle, is a 43-year-old California-born former football player. He played college football for USC and started 30 games in his NCAA career as a defensive lineman. He later signed a deal with the Philadelphia Eagles but failed to make the roster in his first season and spent a season in the Arena Football League before he started his coaching career.

Nielsen’s Saints had the eighth-ranked defense via DVOA in 2022, 10th in EPA/play, fifth in fewest yards allowed, and ninth in fewest points.

Current Vikings offensive coordinator Wes Phillips was requested for an interview by the Chargers last week but turned it down, reportedly telling Los Angeles he was “building something special” in Minnesota. 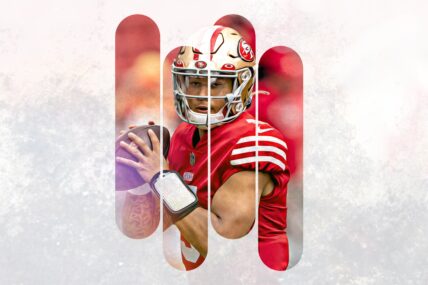