One quarterback in the NFL earns exactly $35 million per season, and that is Kirk Cousins of the Minnesota Vikings. Other quarterbacks, of course, earn more and less, but Cousins is the one NFLer to make an average of $35 million annually.

So, when former Vikings quarterback Sage Rosenfels tweeted this on Sunday, folks knew precisely who he meant, “Brock Purdy is playing better than other QBs who are making $35 million a year.”

Purdy is indeed performing phenomenally inside San Francisco’s system led by Kyle Shanahan. San Francisco lost Trey Lance and Jimmy Garoppolo to injury this season, and the offense hasn’t missed a beat. In fact, per EPA+CPOE, Purdy is the NFL’s most efficient quarterback in the 2022 playoffs:

It is unclear if Rosenfels believes Cousins would shine in Shanahan’s system or if the 49ers offensive prowess and defensive firestorm are a product of Purdy’s aura. Evidenced by the passive-aggressive tweet, Rosenfels appears to credit Purdy with San Francisco’s offensive and defensive dominance.

Rosenfels has a lengthy documented history of criticizing Cousins. He never tweets about Cousins when things are going wonderfully for the quarterback but does squirt out musings after the Vikings lose or seem headed toward transition.

On the day the Vikings fired the former leadership twosome of Rick Spielman and Mike Zimmer in January 2022, Rosenfels inaccurately predicted the franchise would trade Kirk Cousins. He tweeted, “The new GM and Head Coach will want to trade Kirk Cousins. I don’t think any team will want to pay full price for his contract, much less give up draft picks for it. Feels like an Osweiler-type trade waiting to happen, and that’s the best-case scenario.”

Rosenfels predicted an “Osweiler trade” that never happened, nor did anything remotely close to it occur. Minutes before that failed prophecy, he also sharpened longstanding criticism aimed at Cousins, “One person caused the MN Vikings to be consistently average over the last 4 years, and it wasn’t the head coach or GM.”

The Vikings finished 8-9 (.470) in 2021 and upped the record to 13-4 (.764) the following season with Kevin O’Connell. Ergo, the spirit of Rosenefel’s tweet was false, much like his erroneous prediction that the team would trade Cousins. The five-win improvement from 2021 to 2022 very much proved it was the change at head coach that did the trick.

Then, when the 2022 regular season began, Rosenfels showed up on Twitter to chide Cousins after the Vikings loss to the Philadelphia Eagles in Week 2. He declared Jalen Hurts as a superior quarterback to Cousins while illuminating the pay gap between the two, “The difference in QB play last night in the Eagles-Vikings game was stark, in particular when you take into consideration the much better player has a 1.6m cap charge this year.”

Hurts is expected to sign a $200-$250 million contract extension this offseason.

At the time of Rosenfels quarterback-record declaration, Cousins’ owned a personal win-loss record of 59-59-2 (.500). After the 2022 season, his “QB record” improved to 72-63-2 (.532). Rosenelfs has yet to tweet about the improvement or revise his quarterback-record theory.

But he’s evidently all-in on Purdy, using a rookie contract to justify his stance — as he did in September with Hurts, who is about to become one of the wealthiest players in the NFL.

But take the Rosenfels tweets with a grain of salt because, you know, they typically end up fictitious months down the road. 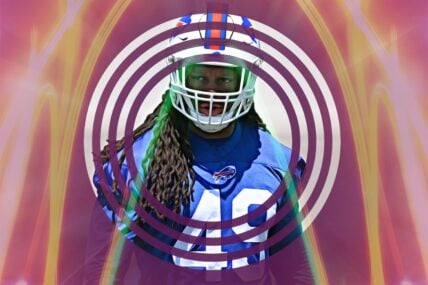