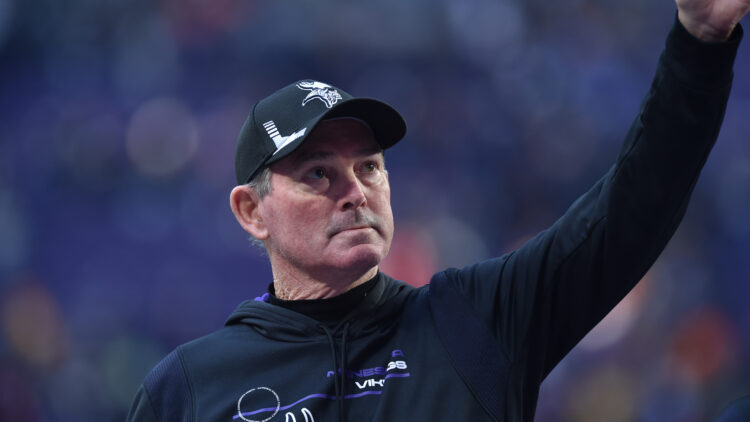 His team snuffed out the rival Chicago Bears in Week 18 by a score of 31-17, but that was not enough to keep Minnesota Vikings head coach Mike Zimmer employed.

The Vikings fired Zimmer on Monday. General Manager Rick Spielman was terminated, too.

Described by many as a defensive mastermind, the Vikings were transformed back into a defense-first franchise when Zimmer was hired in 2014. From 2014 to 2019, Minnesota’s defense ranked tops in the NFL per EPA/play, the analytics metric used to adjudicate efficiency. However, during the last two seasons, the Vikings plunged to seventh-worst defensively in the same metric.

Minnesota reached the playoffs in three of Zimmer’s eight seasons, winning playoff games in 2017 and 2019 — both over the New Orleans Saints. The Vikings won two NFC North division crowns under Zimmer.

Ironically, six years ago today, kicker Blair Walsh missed a gimme field goal that would’ve sent the Vikings to the divisional round of the 2015 playoffs. That delayed Zimmer’s first playoff win by two years.

In 2017 — Zimmer’s magnum opus — Minnesota raced to the 2017 NFC Championship rather unexpectedly. The team lost its quarterback in the preseason, the starting running back in October — but still improved weekly. Highlighted by a hellishly good defense, the Vikings enacted The Minneapolis Miracle against the New Orleans Saints on January 14, 2018. Zimmer will be remembered most for that moment in Vikings history.

As of late, however, Zimmer’s team struggled. The Vikings finished 7-9 in 2020, failing to qualify for the postseason. In a sequel of sorts, Minnesota did not reach the playoffs this year either, stalling with an 8-9 record.

Zimmer ends his Vikings tenure as the franchise’s third-most successful coach behind Bud Grant and Dennis Green per winning percentage.

It is unclear if Zimmer will seek employment with another NFL team or retire.