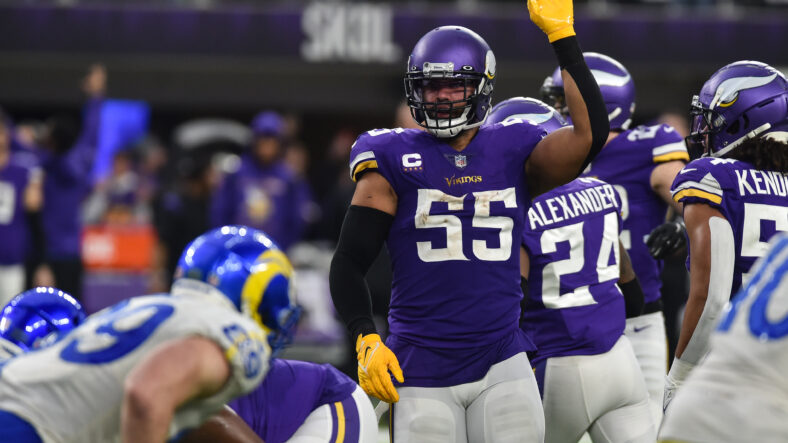 When I first started my NFL career as a young P.R. guy with the Vikings during the Bud Grant era, the offseason consisted of the draft and a rookie orientation weekend. There was no free agency and just a few veteran and rookie contracts for the team to negotiate (with the team holding sizable leverage). With no team-run offseason strength and conditioning sessions along with no on-field organized team activities (OTAs) or veteran minicamps, we didn’t see vets such as Fran Tarkenton and Alan Page until the first day of training camp in late July.

The term offseason is a misnomer in the modern day NFL where there is little down time. It’s certainly changed for team execs, coaches and players in terms of the now-packed offseason schedule, which GM Kwesi Adofo-Mensah and Coach Kevin O’Connell know well as they dive in to their new jobs.

This week: O’Connell is finalizing his coaching staff and the team announced five additions on Monday, led by Offensive Coordinator Wes Phillips who is re-joining O’Connell in Minnesota from the Rams staff where Phillips was pass game coordinator/tight ends coach for the Super Bowl champs. The other key hire just announced is Matt Daniels as Special Teams Coordinator (from Dallas where he was assistant special teams coach).

Also beginning this week, the NFL’s franchise tag window is now open so teams can protect one of their top players by giving them a one-year tender at the average of the top five salaries at the player’s position or 120% of their previous salary, whichever is greater. I don’t expect the Vikings to utilize the franchise tag on any of their pending free agents but players with expiring contracts such as Packers’ all pro receiver Davante Adams will surely be tagged if he is not signed to a long term deal by the franchise tag deadline of March 8.

March 1-7: Pre-Draft Scouting Combine in Indianapolis with Adofo-Mensah leading his first pre-Combine scouting meetings that already are taking place at Vikings headquarters. Following the Combine, draft-eligible players will participate in Pro Days at their colleges which will send Adofo-Mensah and his scouting department on a busy month of travel.

March 14: Pre-free agency official negotiating period begins which gives the Vikings only three weeks to determine their targets in free agency; including players from other teams and who Minnesota would like to re-sign if possible among their 17 pending unrestricted free agents, a list that includes starters Anthony Barr, Patrick Peterson, Tyler Conklin, Nick Vigil, Sheldon Richardson and Xavier Woods. Part of the decision-making on returning Vikings will be dependent on how these players fit the new offensive and defensive schemes that the coaching staff plans to utilize (for example, will O’Connell and his new defensive coordinator Ed Donatell project that Barr can be even more effective in a 3-4 base defense—if he can stay healthy and if he’s affordable?).

March 16: 2022 League year begins and free agent signings can then become official. The Vikings must be under the $208 million salary cap on that date. They’re currently a reported $16 million over the cap so we’ll likely know the status of high-salaried players who could receive contract extensions or restructures in order to lower their cap hit, starting with Kirk Cousins and Danielle Hunter who are currently carrying the largest cap hits.

April 4: Offseason programs begin for teams with new coaches. So we’re less than six weeks away from Vikings players beginning the strength and conditioning phase of the offseason program, leading up to players hitting the field for OTAs a few weeks later and a mandatory June mini-camp.

April 28-30: NFL Draft in Las Vegas. Minnesota currently has eight picks in this draft including their first rounder that is No. 12 overall.

Life in the NFL moves fast these days and for teams such as the Vikings with new coaches and front office changes, the pressure is on right from jump street. There’s no time to rest for O’Connell and several of his Rams comrades who he has brought to Minnesota after their 2021 season lasted until the February 13 Super Bowl victory.

1.The league’s reigning two-time MVP—Aaron Rodgers–is always a topic of interest to the Vikings and their fan base. I’m personally sick of hearing Rodgers’ seemingly weekly pronouncements on whether and where he wants to play next season. He said this week, “There will be no news today, no decision on my future.” Then he made a pitch for the Packers to keep his top weapon Adams via a long term contract and that the Adams situation could well play a part in his decision.

Then in typical Rodgers’ narcissistic double-talk, he said, “It won’t be long. Let’s just get this behind us. I’m not going to hold anybody hostage in this. I want to feel certain about it and when I do, I’ll make a decision and we’ll just move on and move forward.” Do us a favor, Aaron. Don’t talk again publicly until you announce if and where you’re going to play in 2022.

2. Speaking of quarterbacks, the next month will be interesting in terms of any major moves that have speculated on involving other big-name QBs besides Rodgers such as Russell Wilson, Kyler Murray, Jimmy Garoppolo, Jameis Winston, Carson Wentz and Deshaun Watson (pending when his legal issues are resolved in Houston and what teams want to take on the risk for such a talented but controversial QB).