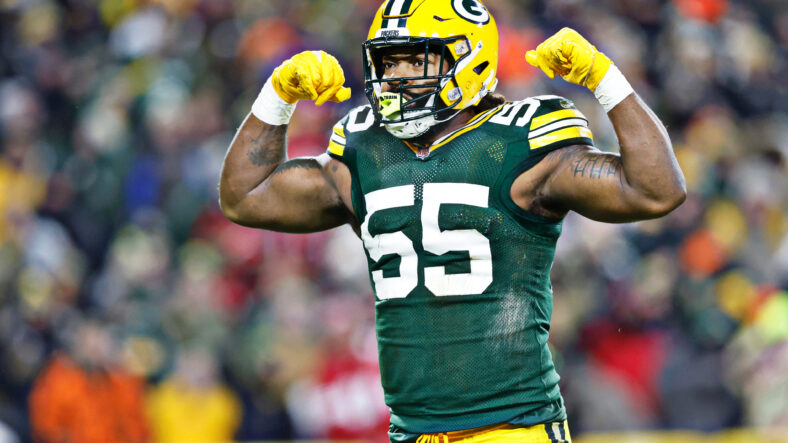 When the Minnesota Vikings signed EDGE rusher Za’Darius Smith away from the Green Bay Packers in free agency, no other indicators were needed to symbolize the team’s 2022 intentions.

Smith signed on Kwesi Adofo-Mensah’s dotted line at a tender time when Vikings fans wondered if the team was “in it to win it” or merely dipping toes in the water of a competitive football team. Why? Because Adofo-Mensah was a massive unknown, leaving fans to speculate, “will he rebuild?” or “are they all-in again?”

Well, acquiring Smith to pair with Danielle Hunter was the smoking gun for outward appearances. Minnesota very much intends to reach the postseason in 2022, led by first-year head coach Kevin O’Connell.

And Smith is looking forward to the journey, even counting downs the days until he sees his old employer on the field. He tweeted this on Thursday — the date of the Vikings-Packers Week 1 showdown in Minneapolis.

Hunter hasn’t played with an EDGE rusher of Smith’s caliber — or anybody as of late due to injury — since 2019 with Everson Griffen on the depth chart. Griffen was still at the peak of his powers, and teamed with Hunter, the Vikings reached the postseason for the final time in the Mike Zimmer era.

This isn’t the first time since joining the Vikings that Smith has made it clear he’s excited for Week 1. He told Rich Eisen in May, “I can’t wait to get a chance to face them the first game and see that look on Aaron Rodgers’ face when he sees me on the other side of the ball. It’s going to be a, It’s good to see you again, but now, it’s not at practice.”

Moreover, Smith will have triple motivation on September 11th, including the tidbit about “Rodgers’ face.”

The new Vikings defender missed nearly all of the 2021 season because of a back injury, playing in just one regular season game and the Packers home postseason loss to the San Francisco 49ers. Minnesota is banking on him and Hunter bouncing back to health for its pass-rushing plan, as after those two on the depth chart, pass-rushing talent is a little sketchy.