Why the Vikings Might Surprise You — In a Good Way 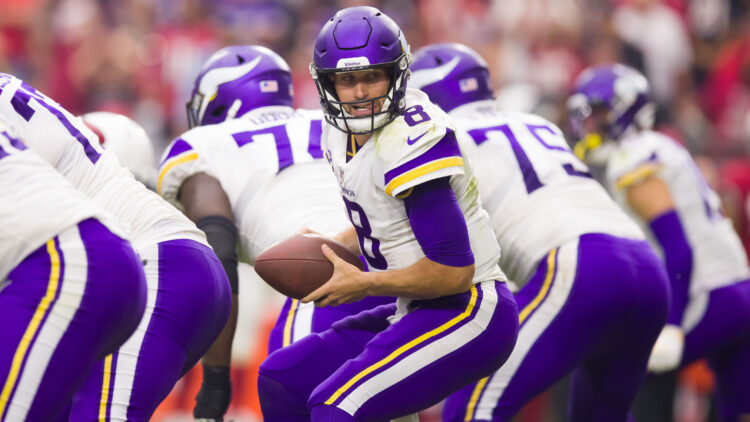 All Vikings fans have to do is speculate on the future at this time of year. There are no big free agency decisions or pending draft selections. Instead, it is a time to focus on the “what could be“s.

This year, the Vikings might surprise you but in a good way. Of course, you could see this as me being a homer, and maybe I am. Either way, I am buying the Vikings despite what many others saying about their outcome.

Currently, the betting markets have the Vikings over/under set at nine wins. PFF has them ranked 22nd in the NFL as a “stuck in limbo” team. Peter King ranked the Vikings 19th and said they were likely to miss the playoffs.

They all have their reasons to distrust the Vikings in 2022. The betting markets are simply guessing the outcome based on several data points. Some of these are a rookie head coach, current roster, and recent history.

PFF is more of an open book about why they think the Vikings won’t be very good. Of course, they don’t believe the Vikings have done enough to improve the roster. PFF doesn’t like the status quo approach the owners, general manager, and head coach have taken. However, they did note if O’Connell and Cousins play better than expected, they could be better than 10 wins.

Peter King is not so elaborate on why he believes the Vikings will miss the playoffs. Although, it is most likely because of how good all the other teams are in the league. He believes that it really depends on how well this new coaching staff can perform.

Regardless of what these organizations and people think of the Vikings, I am not buying it. The Vikings are going to surprise people this year. Let’s discuss why.

Listen, being a rookie head coach in the NFL is difficult. Most of them end up with a losing record in their first year. However, most of them inherit a bad team. After all, head coaches don’t get fired for no reason.

Kevin O’Connell is inheriting an offense that is absolutely loaded with talented skills players. Not to mention that they made some improvements on the defensive side of the ball. Although, so much of the defense relies on the health of Smith and Hunter.

That said, I think it will be the offense that carries this team in 2022. This is a significant change from the Zimmer Era, which relied on elite tier defenses.

The Vikings’ offense has the makings to be something special. With a new system that will (hopefully) highlight the things Cousins does well, it could be downright explosive. Let’s look at this offense:

With all of the talent on this team, the only question is, how good can O’Connell be? If he is just a smidge better than Zimmer. This team can go a long way.