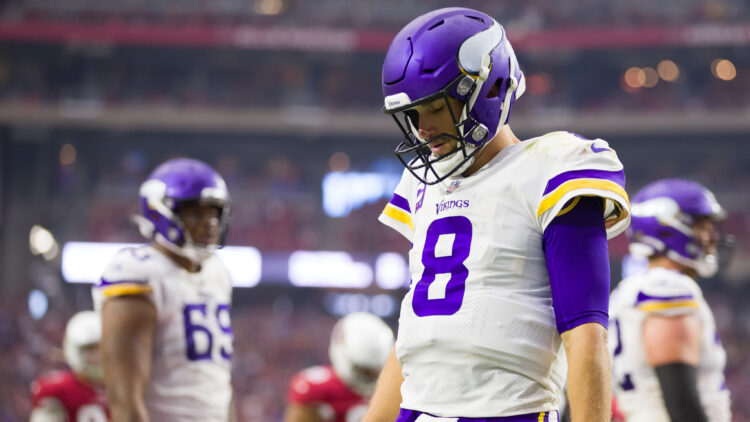 While we were busy dissecting every decision Kwesi Adofo-Mensah made during the draft, the schedule, and the start of OTAs, some interesting things happened.

The tweet included a fake quote from Aaron Rodgers about Kirk Cousins. In the quote, it claims that Rodgers and Cousins spend time with each other in the offseason. Furthermore, it says that Aaron Rodgers and Kirk Cousins would both be the best quarterbacks in franchise history if they played for the Bears or Lions.

Regardless of this tweet being fake, it caused a debate to ravage Twitter. This inevitably led to some astonishing terrible takes about Cousins. Including this one:

First and foremost, regardless of your opinion of Cousins, you must admit that he throws a great deep ball. Every single metric proves this time and time again. Heck, even Mike Zimmer, who had misgivings about Cousins, admitted this repeatedly.

Thankfully, fellow Vikings Territory writer Janik Eckardt was there to set him straight with the facts.

As can be seen in Eckhardt’s tweet, Cousins is essentially perfect when throwing 10-20 yards downfield towards the sideline. Anything over 20 yards downfield, his passer rating is well above league average. So much so that you could categorize it as “elite.”

Cousins is one of the best deep-ball throwers in the league. This should not be a surprise to anyone. If you deny this fact, you have a bias towards disliking him.

It is important to recognize the good things that a player does just as much as you do the bad stuff. This is how you identify how to design an offense. Make the player do more frequently what they already do at an elite level.

Vikings’ Offensive Line Has Been Atrocious

The other big mistake in the tweet is that Cousins has had a good offensive line. Nothing could be further from the truth. The Vikings have had a below-average offensive line since Cousins took over as the quarterback.

And specifically the pass-protection grades:

Some will blame this on Cousins’ contract being so large that the Vikings couldn’t invest in the offensive line. Sure, you could make that argument. I might even be inclined to agree with you.

However, you can blame Spielman for investing too much money into the defense as well. Cousins is an excellent quarterback when he is protected. Why would one not invest significant capital into improving the offensive line? Or why would one focus so much on good run-blocking guys when improved pass protection is needed?

I cannot answer the question as to why Spielman did what he did. All we know is that the Vikings have certainly not had a good offensive line since Cousins has been here.

Hopefully, the new regime can fix this. If they can, watch out. Cousins and this skills position group can and will light up the scoreboard.