What Difference Does Dalvin Tomlinson Make? 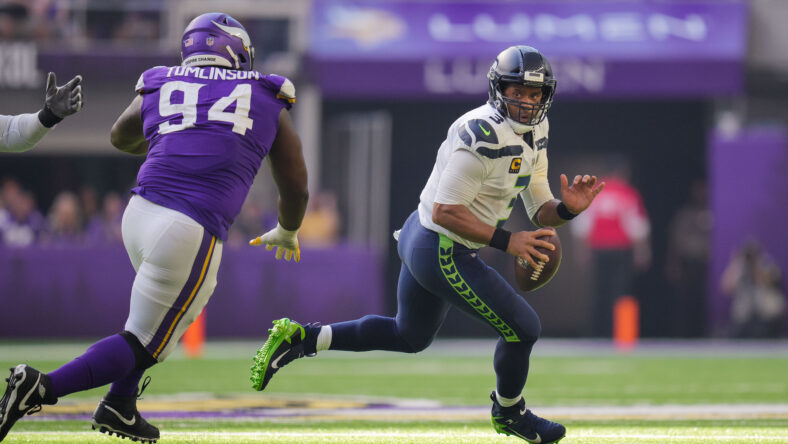 On Thursday night against the New England Patriots, Minnesota is set to see defensive tackle Dalvin Tomlinson return to the field. Their star lineman has been out since Week 8 against the Arizona Cardinals. How much of an impact can he make?

After starting all 16 games a season ago, the Minnesota Vikings watched as Dalvin Tomlinson was downgraded from “week-to-week” earlier this season. Now back on the practice field, he’s expected to resume his starting role across from Mac Jones and the New England Patriots offensive line. For a defense that has struggled as a whole this season, his presence is certainly a welcomed one.

To date this season, the Vikings are exactly league average when it comes to stuffing the run. As a defensive tackle, the production rarely appears in the sack column. Although Tomlinson already has 1.5 sacks to his credit, the goal here is to stuff the middle of the line and take pressure from the edge rushers. Tomlinson’s presence may not be immediately felt against a Patriots rushing attack that features a lackluster back in Rhamondre Stevenson.

What the Vikings can hope he brings to the table is an added ability to put pressure on New England’s offensive line and further spring Danielle Hunter and Za’Darius Smith with opportunities to take down Jones. Tomlinson has yet to record a tackle for loss this season, and he’s definitely looking to contribute along the lines of the eight he provided the New York Giants during the 2020 season.

As depth issues test the Vikings in the secondary, it remains imperative that their defensive front impact games significantly. Smith has carried the load thus far, with his 9.5 sacks being 4th most in the NFL. Hunter has gotten home six times, and that’s largely been the extent of Minnesota putting pressure on the opposing passing game. With Akayleb Evans and Andrew Booth Jr. remaining very green at the corner spots, Minnesota can’t allow Jones an opportunity to be comfortable.

What Tomlinson brings to the table may not immediately show up in a box score or the stat column, but there’s no denying that the Vikings are a much better team with him on the field. Needing to bounce back from an ugly loss last weekend, the defense will have to hold a poor offense in check. Knowing that points could be at a premium with Minnesota’s offense facing a tough test and missing key cogs, Ed Donatell’s group has to take it upon themselves to do their jobs.

Here’s to hoping that Tomlinson is being brought back at 100% and that he’s ready to make up for lost time.