Vikings Will Face Anthony Barr as an Opponent on November 20th 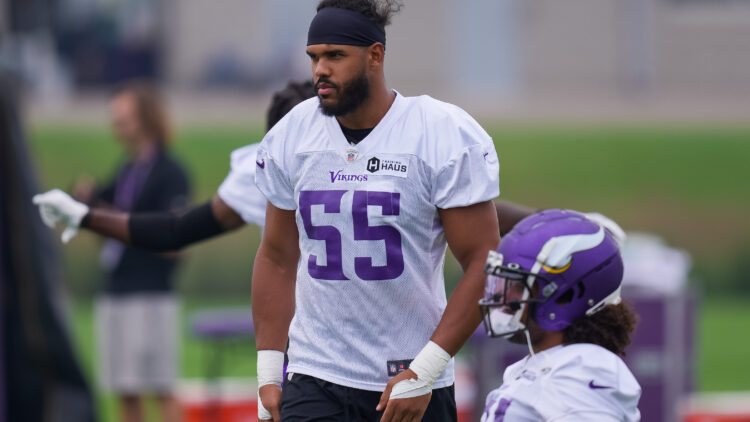 As a member of the Dallas Cowboys, linebacker Anthony Barr will face his old team at U.S. Bank Stadium on November 20th.

Barr, who played for the Vikings from 2014 to 2021, joined the Cowboys on Wednesday as his free-agent destination. The deal is for one year and up to $3 million.

The move by Dallas caps a month-long flirtation with Barr, a week after Cowboys reporter Clarence E. Hill provided this update, “Although they opened training camp without making a move on Barr, vice president Stephen Jones said the four-time Pro Bowler remains a viable option.”

The Cowboys finally pounced on the viable option.

When the Vikings hired Kevin O’Connell in February, the new coach went out of his way to compliment the 30-year-old linebacker at an introductory press conference. But that was really the last mention of a Barr-Vikings reunion. Barr said goodbye to Vikings fans on Instagram after the 2021 regular season ended, and he ultimately wasn’t kidding about the impending departure.

Drafted by Minnesota in 2014 at the start of the Mike Zimmer era, Barr played 98 games for the Vikings, recording four Pro Bowls from 2015 to 2018. From 2020 to 2021, Barr missed 63% of all football games for the Vikings, and Minnesota’s defense suffered accordingly. In Barr’s first six seasons, the Vikings defense ranked #1 in the NFL per defensive EPA/Play. Since 2020 — largely without the services of Danielle Hunter and Barr — the franchise sunk to 23rd in the same metric.

Barr tallied a 62.9 grade from Pro Football Focus while intercepting three passes last year. If 2021 was a reasonable indicator, Barr can still play at a high level. Now he’ll run with Defensive Rookie of the Year from 2021 Micah Parsons and dependable veteran Leighton Vander Esch down in Texas.

All told in his Vikings career, Barr registered 495 total tackles, 17.5 sacks, and five interceptions. He was also nominated for a Humanitarian Award at the ESPYs last month.

Dallas ranked eighth in points allowed and 18th in yards allowed in 2021.