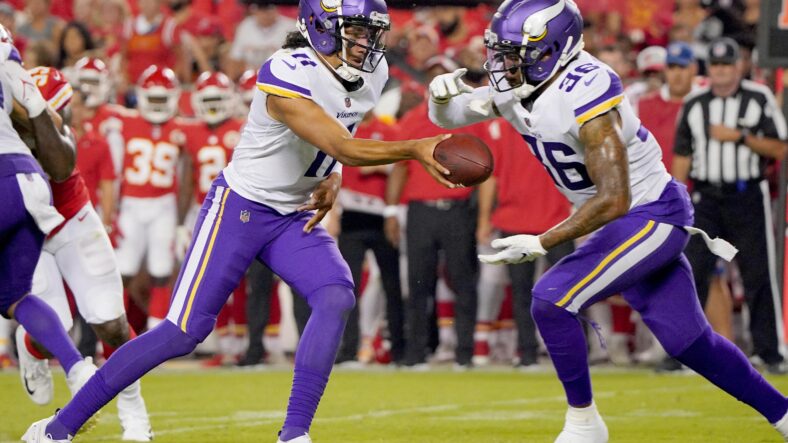 The Minnesota Vikings signed wide receiver Albert Wilson on Tuesday, situating the roster at 91 men when the summer cutoff is 90 players.

Wilson will vie for a WR4 or WR5 job in Minnesota, with a potential eye on a punt-returning job. He was a jack of all trades in college at Georgia State back in the early 2010s.

For Rose, well, it’s the end of a mini-era, as the running back made a name for himself as a preseason hero during the 2021 preseason. Led by first-year offensive coordinator Klint Kubiak last year, the Vikings offense resembled rubbish in three preseason games — except for Rose.

Rose rushed for two touchdowns in the final preseason game of 2021 versus the Kansas City Chiefs, the only semblance of offense for the Vikings in the game. Thereafter, Rose was jettisoned to the practice squad while fans wondered why the Kentucky alumnus wasn’t quite good enough for the 53-man roster. The sentiment echoed Kyle Sloter mania from 2017 to 2019.

Against backup players for the Chiefs, Rose indeed looked the part. The 2021 season was the first for the 24-year-old, so Rose is likely to catch on elsewhere — if he isn’t signed back by Minnesota later this summer.

Aside from the obvious Wilson addition, the release of Rose can be attributed to one transaction — the drafting of rookie running back Ty Chandler in April’s draft. Adofo-Mensah chose Chandler in the 5th R0und of the 2022 NFL Draft from North Carolina, and his presence on the depth chart canceled Rose’s job security.

Too, as the NFL continues to evolve into pass-happiness, wide receiver is a more premium position — by a mile — than running back. And Rose’s departure is evidence of the trend.

The news of Rose’s release is a bit surprising as most onlookers of the Vikings would’ve forecasted Koback as the chopping-block candidate.