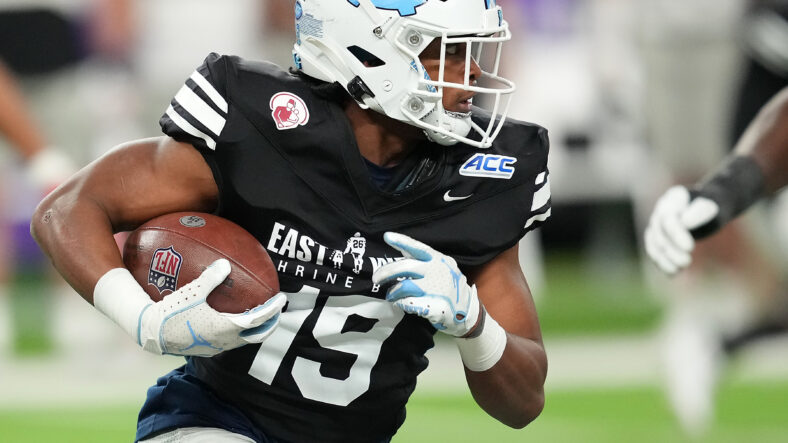 Minnesota Vikings RB2 Alexander Mattison enters his fourth season of duty on the final year of his contract in 2022, and his “competition,” rookie Ty Chandler, is older than him.

That’s right. A man who’s played in the NFL for three seasons already is younger than a guy yet to take a professional snap.

Mattison was born on June 19, 1998, three months before the Vikings embarked on their famous and infamous 1998 campaign. Chandler was born on May 12, 1998, 24 days after VikingsTerritory writer Jeff Diamond selected Randy Moss in the 1998 NFL Draft.

All told, Mattison and Chandler are separated by 38 days in age, with Chandler as Mattison’s elder.

New general manager Kwesi Adofo-Mensah selected Chandler from North Carolina in the 5th Round of the 2022 NFL Draft — fruit of trades with the Detroit Lions and Green Bay Packers.

The Lions and Packers received these players from draft-night bargaining:

Minnesota used the trade capital on these men:

The Colts, Browns, and Raiders also received trade spoils from the Vikings as Adofo-Mensah wheeled and dealed throughout the event.

On Mattison, he indeed encounters the final year on his rookie contract in 2022. After the upcoming season, Mattison is expected to hit free agency and net a modest contract. Chandler’s addition to the roster is considered by most as a life-after-Mattison plan for Minnesota.

Mattison always receives playing time in Minnesota’s offense, even though the Vikings showcase Dalvin Cook as RB1 more than most teams do a feature back. The Boise State alumnus is more a “bowling ball” than Cook — a bowling ball that can hurdle defenders — participating in 35% of all Vikings offensive snaps in 2021. Plus, Cook misses a few games per season like clockwork, so Mattison is an RB1 for three or four games each year.

It is unclear if Chandler will make the 53-man roster in September. He’ll likely need head coach Kevin O’Connell to carry four RBs on the depth chart, including him in the stable with Cook, Mattison, and Kene Nwangwu.

If he is tapped for duty in 2022, Chandler should be ready. He’s older than many established RB1s and RB2s.