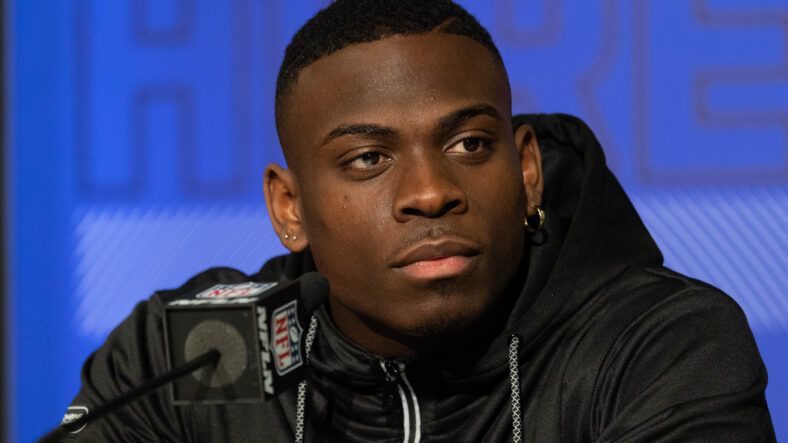 The Minnesota Vikings lost safety Lewis Cine for the 2022 season this week, but a different rookie could return soon.

That’s Andrew Booth, one of the Vikings 2nd-Round draft picks from April, and he’s missed most of the 2022 season due to a quad injury.

But according to the team’s weekly injury report, tweeted on Wednesday, Booth was back at practice for the first time in weeks. The Clemson alumnus was “limited” per the injury list, however, that’s a lot more advantageous than not practicing, which has been the case since Booth was injured in Week 1.

Against Green Bay to start the season, Booth played two special snaps and skedaddled because of the quad ailment. Vikings fans have pined for his return since, but it seems like the injury will end up taking about a month to heal. Booth’s presence on the injury report as limited indicates he’s close to playing again. Otherwise, he would’ve been flagged as Did Not Practice — again.

Booth nears a return at a time when the Vikings desperately need some defensive improvement. Through four games, Minnesota’s defense is a sweet and salty treat, looking formidable during crunchtime of games — but allowing opponents to march downfield at “regular” times. Per Football Outsiders, the Vikings defense ranks 26th in the NFL per DVOA — also known as seventh-worst.

Still, the Vikings are 3-1 after four games, sitting on top of the NFC North with the Packers directly beneath. They’re winning thanks to clutch offensive and defensive performances, steady special teams, and low penalties.

Booth will rejoin a Vikings CB room outfitted with Cameron Dantzler, Patrick Peterson, Chandon Sullivan, Akayleb Evans, and Kris Boyd. While the group hasn’t been horrible, none of the men, outside of arguably Dantzler and Peterson, has stood out thus far. It’s the Vikings hope that Booth will begin to change that. At training camp, particularly in the first week, Booth was a scrappy, jaw-jacking, and fiery competitor — a personality the Vikings could really utilize in the secondary.

If Booth plays on Sunday, he’ll get his first crack at the Chicago Bears, who have one of the worst WR corps in the NFL.