The first Vikings depth chart of the preseason is interesting regarding the preseason game in Las Vegas on Sunday. It’s not a big deal, however, that early in camp. While the Vikings are expected to run a lot of 11-personnel this season, the chart is listed in 21-personnel, two backs, one tight end, and two wideouts.

Nothing surprising about the offense. The expected starters are listed as starters. Jesse Davis is still the first-team right guard. Wyatt Davis being listed as the third-team right guard is not encouraging. At this point, it would be a surprise if he makes the team. Ben Ellefson still has the inside track over Zach Davidson. Neither of Mond or Mannion are listed as lone backup for Cousins on the unofficial Vikings depth chart.

For the first time in decades, the Vikings will play a 3-4 defense. Bynum and Dantzler are listed as starters at corner, while rookies Booth and Cine are still backups at their positions.

The only competition among specialists is at punter, Berry is listed at the top on the first Vikings depth chart. Kicker Greg Joseph has already beaten his competition in OTAs. The punt returning job is vacant, Smith-Marsette is getting the first chance to win it. 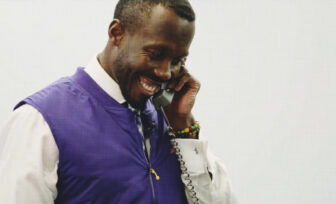