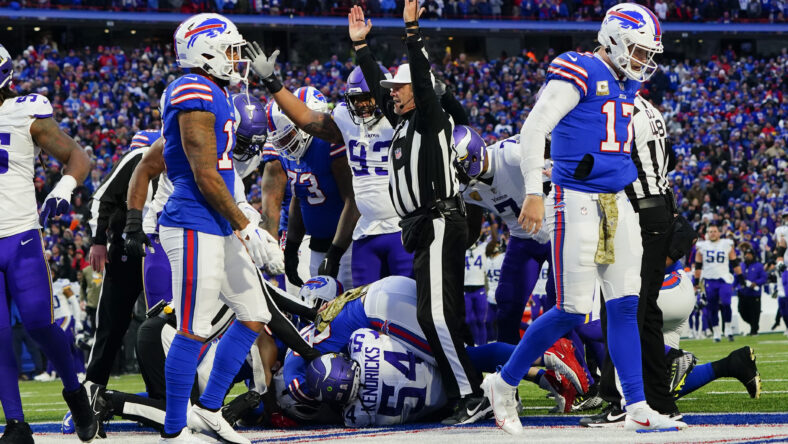 Brian O’Neill’s reaction to the chaos, tomfoolery, and pandemonium on Sunday was probably similar to yours.

The Minnesota Vikings edged the Buffalo Bills in Week 10, 33-30, in a game that convulsed multiple times during the final 60 minutes of real-time. Before the contest, oddsmakers pegged the Bills as Super Bowl favorites.

“There’s no way,” Brian O’Neill told reporters after the game, commenting on the opportunistic defensive touchdown by linebacker Eric Kendricks.

Buffalo had Minnesota dead to rights in the 4th Quarter after the Vikings failed to score a touchdown in a goal-to-go situation. Kirk Cousins’ quarterback sneak fell short by a whisker, and all the Bills had to do was shimmy the ball out of the endzone, kneel it thereafter, and Minnesota would’ve fallen to 7-2.

Quarterback Josh Allen took the snap inside the Bills one-yardline — and fumbled. The Vikings defense collectively pounced like mosquitos to blood while Kendricks was unearthed from the pile with the pigskin.

Of course, the game didn’t end with Kendricks’ touchdown — it simply wasn’t allowed to with all the malarkey — but it did prevent the Vikings from losing. And we’re talking inevitable defeat. The Vikings chances of winning at the time of Kendricks’ touchdown were virtually nil. Allen needed to put his kneecap in the grass, and that would’ve been it.

Yet, for this brand of Vikings, no game is over. And Sunday’s shenanigans emphatically proved so. Minnesota has won seven straight games, which all follow the same wavelength. The 1st Quarter is rosy, the next two periods are generally woeful, and the 4th Quarter is kingly.

The Vikings next play the Dallas Cowboys at U.S. Bank Stadium, where Dallas is somehow favored to win by one point. Even with Minnesota’s never-die attitude, sportsbooks haven’t endorsed purple faith with full embrace.

But that’s okay. The Vikings will just have to continue winning these “there’s no way” games. 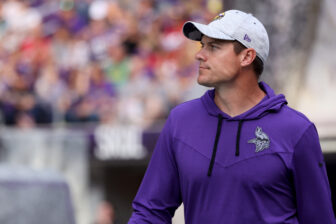