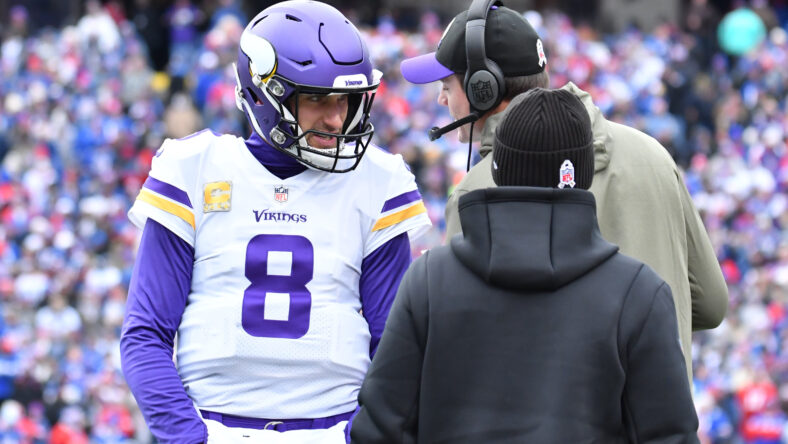 The Vikings climbed to 8-1 atop the NFC North after a remarkable win at the Buffalo Bills in Week 10. Minnesota downed Buffalo 33-30.

1 – When the Vikings couldn’t capitalize on the Bills fumble in the 2nd Quarter and subsequent return by Camryn Bynum, it felt like all hope was lost. But that was really just the beginning.

2 – The Vikings triumph in Buffalo was the best regular season victory in franchise history. The wildest and most exciting, too.

3 – Kirk Cousins’ interceptions were damn near unforgivable — they weren’t anyone else’s fault — and he simply must improve. Yet, he delivered for all the marbles in the 4th Quarter and overtime, just as he’s done all season.

4 – One extremely positive takeaway: Minnesota’s offensive line was up for the task of protecting Cousins against a usually ferocious Bills front seven. They’ll need that production in the postseason.

5 – Justin Jefferson’s catch on 4th and 18 — stop and think of those stakes — was a Top [Insert Your Number Here] catch of all time. It was the Odell Beckham catch with another man draped all over the ball.

6 – Rookie Andrew Booth got into the game after Akayleb Evans’ concussion, a significant development as Booth is a 2nd-Rounder, and he’s now been formally introduced to the defense. Duke Shelley was also wonderful on the overtime pass breakup.

7 – On that broader point, Evans’ concussion, the Vikings are suddenly super-skimpy at cornerback as Cameron Dantzler is out for at least the next three games. But Vikings fans have known for about seven months that CB was not a deep spot on the depth chart.

8 – Dalvin Cook’s 81-yard touchdown was the longest by a Vikings running back since 2012. That was, of course, Adrian Peterson. And at the time Cook ripped that one off, it almost felt like a “let’s make this thing look respectable” moment. But it was much grander in retrospect.

9 – Justin Jefferson continues to dazzle in general. His consistency is otherworldly and is nearly as impressive as his overall skillset. His heroics felt like a perk in addition to his usual superstar performance.

10 – You can formally beat the Super-Bowl-contender drum after this win. This was the one unwinnable game on the Vikings schedule, and they won it — against all odds.

11 –Kirk Cousins produced two God-awful interceptions before showtime, and in the past, that’s spelled a disastrous game thereafter. But Cousins didn’t have a bad-Kirk game, even after silly picks. That’s a big damn deal as the team aspires to win a title.

12 – The 8-1 Vikings have three straight home games upcoming. That feels advantageous. And not for nothing — Minnesota is an early two-point underdog next weekend.

Bonus – The Vikings historically rotten voodoo seems to be nonexistent. The snakebitten tendencies have either hit the pause button or are a thing of the past. We shall see. 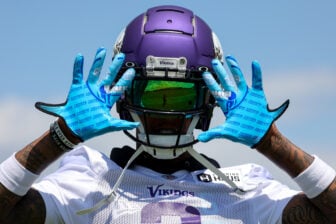