Vikings Offense Turning Back the Clock 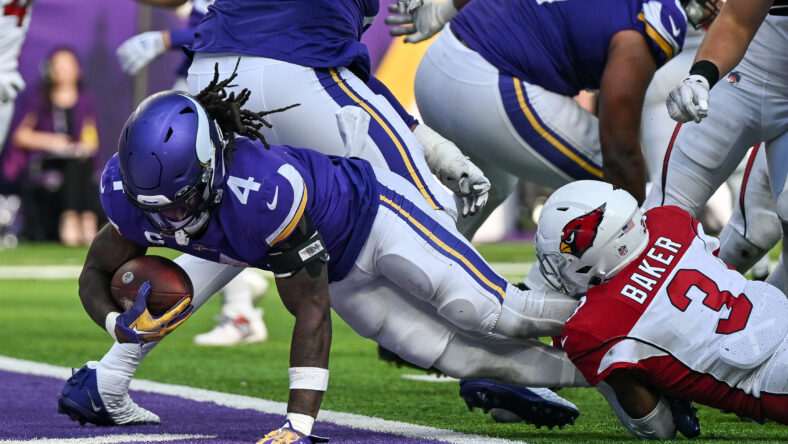 The bye week is often when coaches look to implement their most creative packages and surprises to throw off their next opponent. With the extra week, there is time to dig into the bag of tricks to find an edge.

Kevin O’Connell’s bye week led him to believe that the Vikings offense needed to pound the rock against a leaky Arizona rush defense that, heading into the game, was 27th-best in Run Stop Win Rate.

“Coming out of the bye, we had a real mindset of wanting to run the football,” O’Connell noted following Minnesota’s 34-26 win over the Cardinals.

Not only did they run on Sunday, but they also ran effectively — to the tune of 173 yards on 29 carries for 3 scores. On an opening drive that began with five straight runs, Kirk Cousins scampered in from 17 yards out for the game’s first score. Alexander Mattison and Dalvin Cook followed with touchdowns of their own in the 3rd quarter, Minnesota’s first 3rd-quarter touchdowns of the season.

The increased volume and efficacy of the run game was a welcome change for an offense that has struggled to find consistency this season by focusing primarily on the passing game. “You throw to score, but you run to win,” Kirk Cousins opined after the win.

If you felt Sunday’s version of the Vikings offense reminded you of something, you’re right. Minnesota ran the ball on 43% of their offensive snaps, considerably higher than their 37% average for the season. In 2020 and 2021, under Mike Zimmer, the Vikings ran at 46% and 41%, respectively.

At times, the Zimmer-led Vikings looked to be running out of stubbornness. That was not the case on Sunday afternoon; Minnesota continued to pound the ground because it was working. Cook and Mattison broke off multiple runs of 10-plus yards, topped by Cook’s 30-yard scamper in the first quarter.

The Vikings’ rediscovered success on the ground will need to become a staple of this offense as early as Week 9 at Washington. The Commanders possess a stout pass defense, led by a ferocious pass rush that leads the NFL in QB Knockdowns, is 2nd in QB Hits, and 4th in Pressure %.

Conversely, Jack Del Rio’s unit sits 20th in yards allowed per rush attempt and 19th in total rushing yards allowed. To lighten the load for Cousins and Co., leaning on the run will be critical to Minnesota’s success next week.

If the Cook-Mattison combo is indeed utilized as a complimentary weapon to the Vikings passing offense in Week 9 and beyond, O’Connell trusts his QB to make the right reads to get his team in position to be successful. “I thought his decision-making at the line of scrimmage when he was canning plays, orchestrating a lot of things late in the play clock to really highlight some of that plan and have it come to life were a real part of what made yesterday go.”

For an offense that boasts Justin Jefferson, K.J. Osborn, Adam Thielen, and now T.J. Hockenson in the passing game, mobilizing the Cook-Mattison duo will make Minnesota’s offense difficult to stop for any defense — even if the new approach does feel like turning back the clock to a Zimmer era that many are looking to forget. 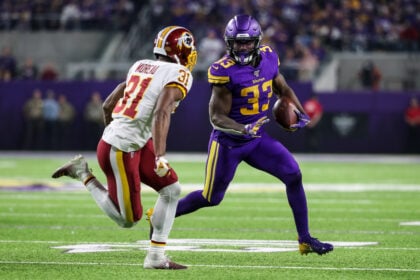 Also Read:
Our Staff Prediction for Vikings at Commanders