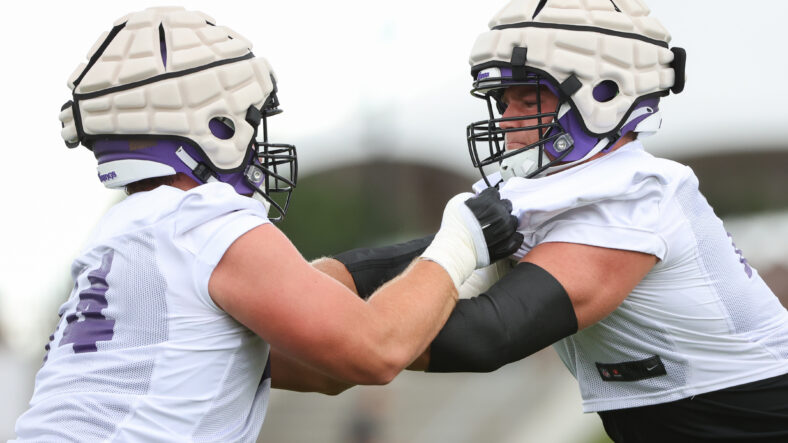 For most of the 2022 NFL season, the Minnesota Vikings offense has been the Kirk Cousins and Justin Jefferson show. That’s not unexpected in a passing league, and with the adaptation, the offense has experienced under new head coach Kevin O’Connell. On Thursday against the New England Patriots, a different group may be relied upon.

Against the Dallas Cowboys on Sunday, Minnesota found themselves behind early and never recovered. Justin Jefferson was never in a spot to contribute, having been taken away, and Kirk Cousins couldn’t get settled in a pocket that consistently had him on his back. If the Vikings want to turn the tide against an intense Patriots pass rush, the gameplan must look very different against Bill Belichick.

Without Christian Darrisaw protecting Cousins’ blindside, the amount of time Minnesota has to work will be severely impacted. That much should be a given even before considering NFL sack leader Matthew Judon is on the opposite side of the ball. Knowing that, O’Connell has to dial up quick plays that utilize his entire offensive arsenal.

There has never been a point where Dalvin Cook is not a dynamic running back. Health has been questioned, but he’s run behind some incredibly poor units and performed. More of a second thought this season, Cook can carry a substantial part of the load on Thursday. Maybe the Vikings look to run more toward Brian O’Neill’s side than Blake Brandel, but the running game has to be a focus.

When opting to pass, Jefferson may find less opportunity to get behind the defense but can utilize quickness to work beneath it. That also favors an aging Adam Thielen, who may have lost a step or two. The longtime fan favorite is exceptional with both his footwork and hands. Whether it be drag routes or slants, Thielen creating immediate separation from his defender is something Cousins should be anticipating and looking to exploit. The addition of big-bodied tight end T.J. Hockenson should also create mismatches with linebackers if O’Connell draws up the gameplan correctly.

This has the makings of a game Minnesota may need to win ugly, but that’s something they’ve done plenty of this season. It’s probably not going to be a situation where they can rely solely on running away with things offensively, but controlling gameflow and allowing a level of comfort to set in should be the focus.

For the vast majority of this season, it’s been great to see O’Connell establish a different offensive identity than the Mike Zimmer-led teams of old. On Thanksgiving night, however, it may need to be a more calculated approach that grinds down the Patriots and puts Minnesota in a position to dictate the action.

With a coach experiencing some of these things for the first time, we’ll see how he fares.