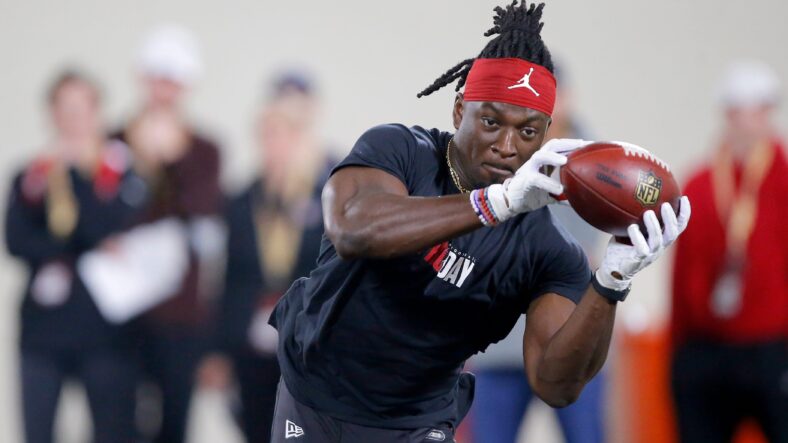 In Mike Zimmer’s defense, the linebackers were set for years. He had Anthony Barr for all eight years and Eric Kendricks for seven. The third linebackers in the group during his tenure with the Vikings in his 4-3 base defense were just mid-round players, as they were only on the field on about 30% of the plays anyway.

Kendricks and Barr, best friends since their time at UCLA, had a marvelous connection. They understand each other without saying a word. But now, after seven seasons, the two will no longer play on the same team. Kendricks is still a fixture in the Vikings’ defense, which won’t change with the new coordinator, Ed Donatell. Anthony Barr, meanwhile, is still a free agent. The Cowboys are rumored to be a potential suitor, but after nagging knee injuries in recent years, Barr could just retire.

The Minnesota Vikings had to find one, or multiple, replacements for the four-time Pro Bowler and former ninth overall pick. And the new Vikings GM, Kwesi Adofo-Mensah, did a wonderful job finding talented linebackers that complement each other perfectly.

Finding complete linebackers is a tough assignment in the NFL because there is only a handful of them. Some can stop the run; others can cover. A lot of linebackers have their strengths at blitzing. Adofo-Mensah has one of the best linebackers in football, Eric Kendricks. His coverage skills are almost cornerback-esque, and he’s a great tackler.

His athleticism isn’t what it used to be five years ago, but it’s still good enough to be a great player. Another strength of his is his football IQ. He’s, at all times, one of the smartest players on the field. However, he has a few weaknesses as well. He racks up a lot of tackles, but his run defense could be better. That became obvious in 2021 when the Vikings’ defense did a poor job stopping the run despite good defensive tackle play from Michael Pierce and Dalvin Tomlinson. He needs a run stopper next to him.

For that reason, Vikings defensive coordinator Ed Donatell needed to add someone to the linebacker group with the contrary skillset of Kendricks. He found one. Jordan Hicks was an underrated free agent signing, as he’s the perfect player to play next to Kendricks. He doesn’t possess the coverage skills of Kendricks but is a solid run defender who likes to shoot up gaps and is excellent at blitzing the quarterback. His playing style resembles Anthony Barr.

Hicks came into the league in the same draft as Eric Kendricks in 2015 and was selected one round later by the Philadelphia Eagles. His first four career seasons were with the Eagles. After his tenure there, the Super Bowl champion signed with the Arizona Cardinals. For three years, Hicks was their starting linebacker. He started all 49 games and played over 1,000 snaps every year, including all 1,133 in 2019.

Vikings Rookie Is a Great Addition to the Group

The Vikings didn’t stop there and brought in another linebacker when Brian Asamoah was the draft pick on day two of the NFL draft. Asamoah has great athleticism and almost looks like a safety with his 226-pound frame.

He’s one of the smallest linebackers in the league, but with his moving skills, he can be a perfect player to cover tight ends. He could play at times instead of either Kendricks or Hicks. Perhaps there will even be some packages with all three on the field simultaneously. The Vikings increased the flexibility of the defense and can adjust to specific opponents.

He could take a few weeks or months to get used to the NFL competition but has the talent to make an immediate impact in his rookie campaign. Asamoah is also quick at the ball, often called a ‘sideline-to-sideline’ linebacker. He doesn’t have the size or power to blow up runs right at the line of scrimmage but can clean up runs afterward.

The new Vikings linebacker is an interesting prospect, and the totally different playing style and skillset make him intriguing in a group with Kendricks and Hicks. ESPN’s Kevin Seifert recently called him the surprise offseason standout because of his speed.

Kendricks and Hicks will, without any doubt, start. They are excellent veterans. However, the addition of Asamoah and the potential flexibility is certainly interesting for defensive coordinator Ed Donatell.