The Vikings One Reasonable Alternative at Kicker 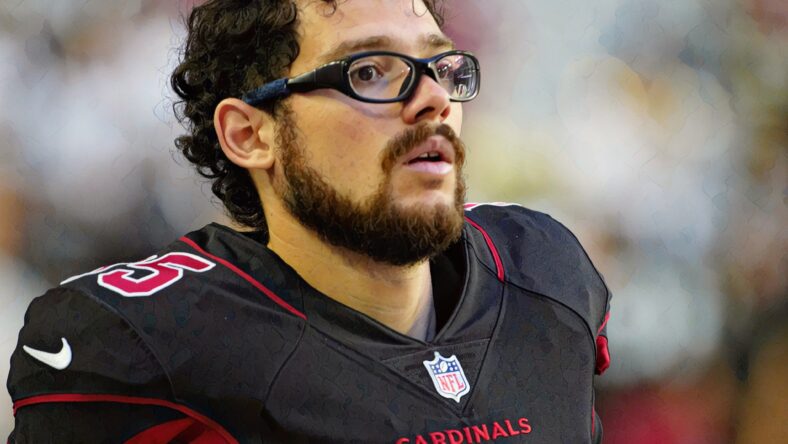 In layperson’s terms, Minnesota is second-worst via each metric and has somehow stepped out of nine games most;y unscathed with an 8-1 record.

But will it last? Can the Vikings continue to survive missed extra points and long field goals? In years past, the Vikings probably would’ve moved on from incumbent kicker Greg Joseph. The previous coaching staff had little patience for special teams tomfoolery. This coaching staff and general manager are different, though, seeming to signal Joseph’s job security.

However, if the shenanigans continue, the Vikings have one reasonable alternative among free-agent kickers — Rodrigo Blankenship. Yes, the guy with glasses.

Blankenship was released by the Arizona Cardinals a couple of weeks ago with an “injury settlement,” but there is no documentation anywhere that the man has a major injury. If he’s upright and healthy — and the Vikings eventually make a move at kicker — Blankenship is the wise free-agent option.

The Georgia alumnus splashed into the NFL two years ago, mainly because of his unorthodox look. Folks remember him for the glasses. He was also a decent kicker for the Indianapolis Colts in 2020 and 2021 before succumbing to a hip injury.

Since the start of 2020, Blankenship has connected on 47 of 56 field goal tries, an 83.9% — better than Jake Elliott, Jason Sanders, Brandon McManus, Mason Crosby, Evan McPherson, etc., during the timeframe. The 83.9% is also slightly better than Joseph’s 83.2%. Blankenship has hit 54 of 58 extra points in his career, while Joseph has missed 8 in the last three seasons.

Overall, Blankenship’s field goal percentage ranks 16th in the NFL (of 30) since 2020. It isn’t fantastic, but he’s also not a missed-extra-point merchant.

Blankenship isn’t without fault, however. That’s why he’s available on the open market. He missed a potential game-winning 42-yard field goal in Week 1 as a member of the Colts, causing the game to end in a tie with the Houston Texans. The Colts cut ties thereafter.

If not Blankenship — and if the Vikings even get to life-after-Joseph territory — other free agents are available, too. Gabe Brkic, Elliott Fry, and Austin Seibert are examples.

Blankenship turns 26 in January. His career-long for distance is 53 yards. Blankenship also nailed a 55-yard against the Oklahoma Sooners in the 2017 college football playoffs.