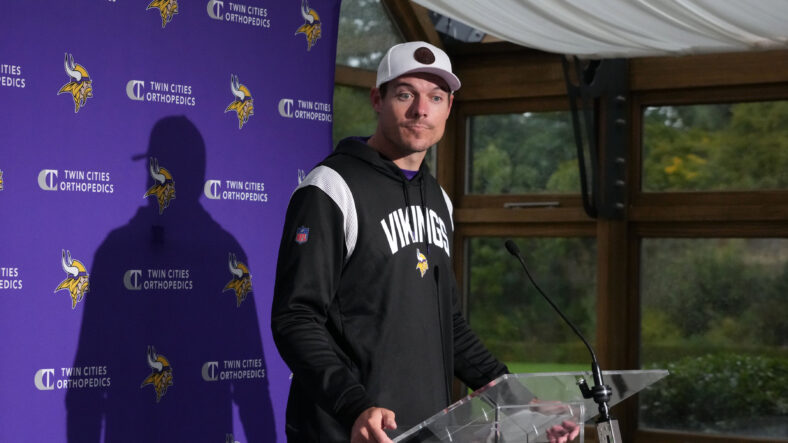 The Minnesota Vikings are not infallible — far from it — but they did fix two naughty tendencies against the Chicago Bears in Week 5.

Heading into the Bears matchup, Minnesota wildly lagged via 3rd Down conversion on offense and redzone efficiency. For at least one game, the Vikings fixed the glitch.

The Vikings ranked 25th in redzone touchdown percentage and 28th in offensive 3rd Down conversion percentage before the Bears game — not good. The marks were terrible, in fact, and an oddity because the team somehow marinated with a 3-1 record.

Well, Kevin O’Connell’s message was evidently heard loud and clear as Minnesota systematically repaired both metrics on the fly at U.S. Bank Stadium. Kirk Cousins and the Vikings offense scored touchdowns on all four trips into the redzone while converting a blistering 12 for 15 on 3rd Downs on offense.

It was not supernatural, and mastering these statistics, at least against a lowly Bears team, won the game for Minnesota. Plain and simple. Had the Vikings been up to their “old” 2022 tricks via redzone and 3rd Down efficiency, they would’ve lost and traveled to Miami as a 3-2 team. Green Bay and Minnesota would’ve shared the NFC North crown for a week.

Cousins started the game like Joe Montana, completing his first 17 passes courtesy of adept pass-blocking by his suddenly-good offensive line. Then, like the Vikings as a team, he cooled off in the game’s midsection but bounced back in the clutch for a victory. This has been the Vikings modus operandi for most of the season to date.

If the franchise continued to wrap its arms around stinky redzone prowess and 3rd Down offense, it would teeter back to a 9-8 ceiling while vying for a wildcard spot. Teams that don’t deliver in the redzone and on 3rd Downs have an abbreviated apex.

Thankfully for the Vikings sake, the Bears were just what the doctor ordered to “get right,” owners of a depth chart that seriously lacks the oomph of other NFL teams. Accordingly, Cousins and his playmakers navigated the important offensive stuff with relative ease when the game was on the line.

And Week 6 shouldn’t be too daunting either — the Dolphins rank 29th in defensive efficiency.