The Vikings 5 Gravest Sins thru 5 Games 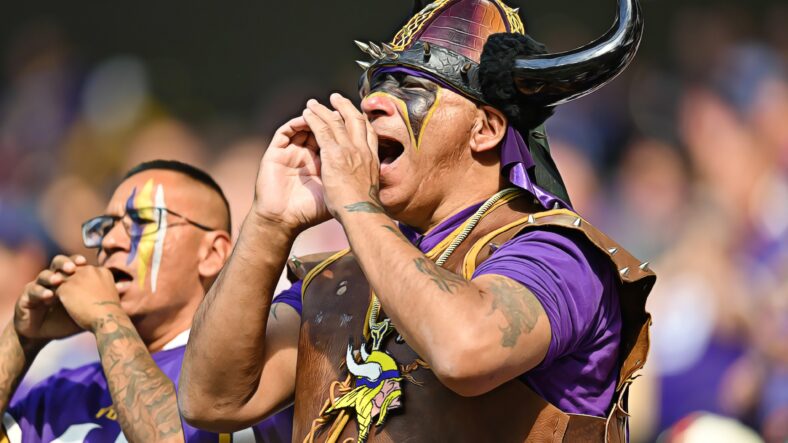 The Minnesota Vikings have a 4-1 record to start the 2022 season, but their performance is far from pristine. Several gridiron areas need repair.

Thankfully for their sake, the Green Bay Packers lost in Week 5 to the New York Giants, giving Minnesota a temporary grip on the NFC North. The Vikings can’t relinquish possession of the division lead until October 23rd at the earliest.

But they don’t have to surrender the NFC North to the Packers. And these are the Vikings gravest sins through five weeks needing repentance and remedy, in no particular order of importance.

The Vikings flat-out stink in the 3rd Quarter of football games. Write that down.

Kevin O’Connell and his coaching staff can fix this, rest assured. Yet, for now, Minnesota totally goes to sleep — a nap, of sorts — right after halftime. To date in 2022, opponents have outscored the Vikings 33 to 6 in Quarter No. 3. It’s terrible.

And it’s why teams like the Detroit Lions, New Orleans Saints, and Chicago Bears have crept back into games after it seemed like Minnesota had turned on the gas.

Here are the numbers:

Then, the breakdown by quarter on defense.

Naptime is the 3rd Quarter for the 2022 Vikings. Good teams will eventually make them pay for this mischief.

Remember five weeks ago when it felt like the Vikings employed a kicker who was quasi-automatic from 50+ yards?

In 2021, Greg Joseph nailed 7 field goals of 50+ yards on 9 attempts. It was the same ratio posted by Kansas City Chiefs kicker Harrison Butker, who is one of the world’s best. Fast forward to 2022, and Joseph is 1 for 5 at 50 yards or beyond. The man is struggling.

To make matters worse, he’s missing the kicks indoors. There’s no real wind at U.S. Bank Stadium, and Joseph should be at an apex indoors.

No cigar through five games, though, as Minnesota suddenly has a kicker with suspect tendencies from long-range. His woes will affect the Vikings decisions on 4th Down between the opponents’ 32 and 42 yardlines.

The only positive item about Minnesota’s defense thru mid-October is that it rises up in the 4th Quarter. Ed Donatell has mustered the ultimate bend-don’t-break scheme through five weeks. From now until Week 18, he can decide if the defense improves while jelling on the fly.

Or — this can just be “the way it is.” Minnesota would have to rely on rip-roaring offense and Mike Ticeian defense that isn’t very good during most games — because that’s where Minnesota is at right now.

Fortunately, defenses do get better as seasons wear on, and one must hope that’s the agenda for the Vikings.

The Vikings don’t necessarily struggle with running the football, but they’re not overly prolific — especially compared to the Mike Zimmer years.

Minnesota ranks 21st in rushing yards, 21st in yards per rush, and 27th in rushing DVOA. It has one of the deepest RB rooms in the NFL, showcasing Dalvin Cook, Alexander Mattison, Kene Nwangwu, and Ty Chandler (when he’s healthy).

Still, the Vikings aren’t terribly effective on the ground, indicating the pivot to pass-happiness by O’Connell is in full motion. Through five games, the Vikings throw the ball the 6th-most in the league while running it 6th-least.

This is a pass-first team in 2022. It would just be peachy if Cook and Co. shredded opponents when they are handed the ball. That isn’t happening.

In the spirit of Halloween, this one is spooky.

The Vikings rank 29th — also known as 4th-worst — in the business via allowing opponents to score touchdowns when they enter the redzone. If Donatell doesn’t clean this up, Minnesota will be bounced in its first playoff game.

Super Bowl-contending football teams flex in the redzone — like the Vikings do, on the whole, when the 4th Quarter arrives — and Minnesota is not doing anything of the sort in 2022. When the Vikings opponents reach the 20-yardline, they score touchdowns 77% of the time. Not good.