The Vikings 2022 Offense by the Numbers: After Week 7 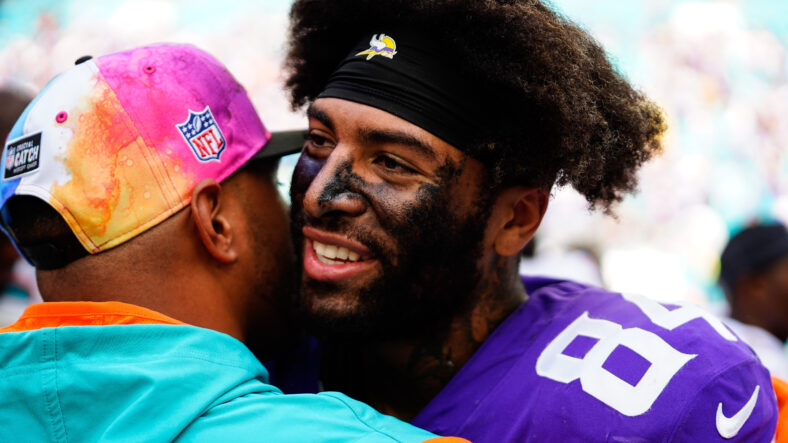 The Minnesota Vikings have six games in the books in 2022, with a 5-1 record exiting the bye week.

First-year head coach Kevin O’Connell won for a fifth time in Week 6, thanks to the best defensive showing of the season to date and some timely offensive plays from Kirk Cousins, Dalvin Cook, Justin Jefferson, Adam Thielen, and Irv Smith. Next up, the Vikings host the 3-4 Arizona Cardinals, who could be terribly explosive — or completely lifeless. Both traits have affected the Cardinals in 2022.

The Vikings are 3.5-point favorites at home against the Cardinals, who toppled the New Orleans Saints on Thursday Night Football in Week 7 with a season-saving performance.

These are the Vikings offensive rankings through Week 7.