The Schedule Detail that Bodes Well for The Vikings 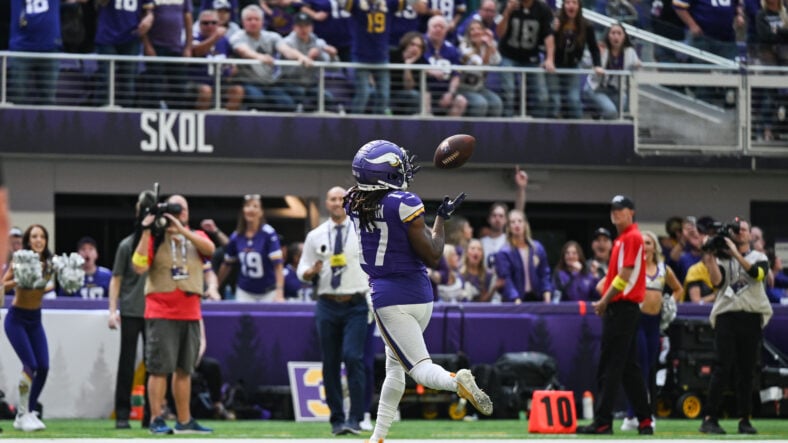 Generally speaking, I don’t love it when the Vikings’ schedule features an early bye. It makes the final 2/3 of the season even more of a grind. Alas, I have very little say in these matters, so I must merely accept what the league decides for the purple & gold.

One positive, though, is that this final stretch of games does help Minnesota in at least one significant manner: 5 of the next 6 games on the Vikings schedule takes place in Minnesota. The lone road game involves a short jump over to Detroit (tip of the cap to Josh Frey for getting me thinking about the schedule).

Why is this significant? Well, a main benefit simply rests in less of a grind when travelling. For the most part, Vikings players and coaches can sleep in their own beds and practice at their own facility. On game day, they’ll have the benefit of fans at U.S. Bank Stadium making it more difficult for the opposition.

Over the past two weeks, the Vikings have picked up two tough wins on the road. They overcame multiple-score deficits to both the Commanders and the Bills to add on two more wins to their total.

In the final two weeks of the season, Minnesota will again head on the road. The schedule has the Vikings going to see the Packers and then the Bears in Week 17 and 18. The crazy thing is that there are only 3 road games left, and all 3 take place against divisional foes. Travelling to Illinois, Michigan, and Wisconsin is different from, say, travelling to California or Texas.

The next 3 games take place at U.S. Bank Stadium. First up is the Dallas Cowboys, who are coached by Mike McCarthy. Vikings fans will likely remember McCarthy for his time leading the Packers. Dallas has a lot of talent on their roster, so this is a game that could go either way.

Home field advantage could be especially important in the upcoming Patriots game since that one takes place on Thanksgiving, giving each team less time to prepare. Being able to stay home may give Kevin O’Connell’s group an edge.

Afterwards, the Vikings schedule features the Jets, at the Lions, the Colts, the Giants, at the Packers, and at the Bears. Both NY teams have done better than most would have anticipated, but it’s still not the most intimidating finish to the season.

Ideally, the team can avoid further injuries over the coming couple weeks. Having some extra time off following Thanksgiving might even allow for the roster to further nurse the bumps and bruises.

In the end, what will matter the most is which team plays better on the field. Nevertheless, the Vikings may find some benefit in the schedule leaving them at home for 5 of the next 6 games. The season has already featured some physical, competitive games, so I’m sure Minnesota is willing to take any advantage it can get. 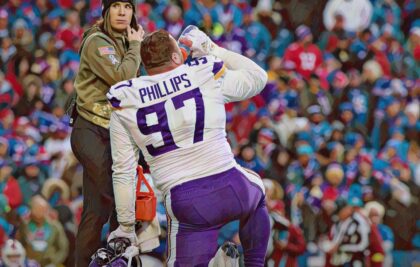