The Likelihood of an Anthony Barr Reunion 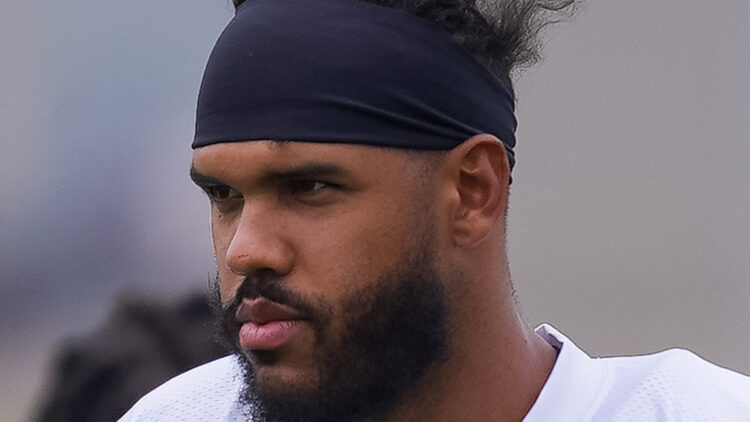 Sports reunions are kind of like high school class reunions: great ideas in theory that more often than not are underwhelming.

Whether he wanted to or not, Kevin O’Connell got the rumor mill going after mentioning Anthony Barr as a potential “impactful player” for his defense in his February introductory press conference. Barr remains unsigned since becoming an unrestricted free agent this offseason. The four-time Pro-Bowler played eight strong seasons in purple; however, he only played 13 combined games over the last two seasons due to three different injuries [1] [2].

Barr played a vital role in the Vikings’ rise to defensive mastery in the late 2010s. Even in his final season in Minnesota, he flashed moments of brilliance, like when he deflected and intercepted a Lamar Jackson pass in overtime; or single-handedly kept the Vikings in the game with two plus-territory interceptions against the Rams.

Based on his natural skillset and the Vikings new 3-4 defensive scheme under Ed Donatell, there is reason to believe that Barr would be a good fit for the new-look Vikings. A former running back, he learned Zimmer’s 4-3 defense quickly and became one of the game’s best linebackers alongside UCLA running-mate Eric Kendricks, where the two anchored one of the NFL’s stoutest defenses for multiple years. Imagine what he could do leaning on his natural edge-rushing abilities in a 3-4 scheme [3].

His fit in Minnesota goes beyond the field. Recognized for his efforts to end the cycle of poverty in the Twin Cities, Barr was a nominee for the 2021 Walter Payton Man of The Year and is a finalist for the Muhammed Ali Humanitarian Award at the 2022 ESPYS.

But fit in the city and the locker room doesn’t necessarily mean there’s room on the roster. This offseason, Kwesi Adofo-Mensah bolstered the linebacker and edge positions with signings like Za’Darius Smith and Jordan Hicks, while recent draft picks Brian Asamoah, Janarius Robinson, and Luiji Vilain will get a chance to shine in some of their first cracks at the NFL [4]. Adding depth is never a bad idea in a sport with controlled violence, so recent roster additions alone shouldn’t deter Minnesota from bringing back Barr.

Of course, there is the issue of the cap. The Vikings are not in cap hell, as many may think, but their remaining space is sparse. According to Over The Cap, Minnesota has just $10.9M in cap space going into 2022. Although $10.9M may be enough to sign a couple of free agents before Week 1, signing Barr would eat into a large chunk of that (Barr made $8.6M in 2021) [5]. Barr would likely sign at a lower rate in 2022, but Minnesota couldn’t expect great cost savings on a franchise favorite. Don’t forget: Barr is already eating up around $10M in dead cap, so resigning him would likely make him the second-highest cap hit on the team [6] — not what you want with an aging linebacker.

The main issue with Barr is [and always has been] his health. AB missed a combined 30 games in his eight seasons with the Vikings due to six different injuries, three of which recurred [2]. For a big-bodied NFL linebacker now in his 30s, it’s only downhill from here. The fact that he remains unsigned this close to training camp is a sign that all 31 other franchises also have their reservations.

It would be a feel-good story: a cast-aside franchise player returns with a vengeance and helps lead the Vikings defense back to the top of the mountain. But the odds of Barr having a healthy and productive season are getting slimmer each day. And considering how expensive he would be, the return value doesn’t justify the investment for this reunion. We wish him the best of luck in his new home, wherever that may be.