The Eerie Similarities between the 2022 Twins and Vikings 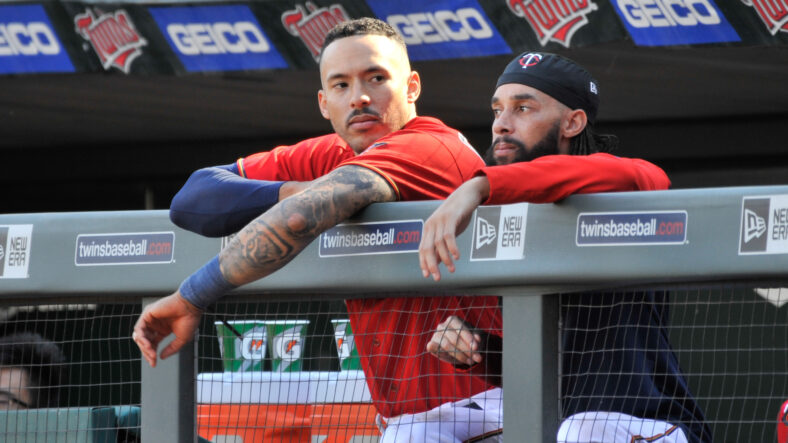 The Minnesota Vikings had a decision to make. Head Coach Mike Zimmer and General Manager Rick Spielman had just been relieved of their duties after a combined 24 years in the organization following back-to-back losing seasons. With the dawn of a new era upon them, was it time to tear it all down and start from scratch with their new coach and general manager?

Across the street, the Minnesota Twins were facing a similar dilemma. There were no major changes to the skipper or front office, but the club was coming off a dreadful, last-place finish to a 2021 season that began with World Series aspirations. Following up back-to-back division titles with a clunker left fans and media alike wondering if it was time to clean house.

The dilemma of which direction to take the franchise is not the only thing that links their respective 2022 seasons.

Despite the atrocity that was 2021, Derek Falvey and the Twins leadership were unwavering in their intention to build a contender for 2022. And to their credit, they did what they believed necessary to compete in a weak AL Central. By enhancing their pitching staff and signing the hottest free agent on the market Carlos Correa, the Twins looked primed to compete with Chicago for the division crown.

Similarly, Kwesi Adofo-Mensah and the Vikings new leadership vowed to keep their veteran, talented roster together in a “competitive rebuild” for their first season at the helm. The strategy most notably consisted of extending Kirk Cousins and signing their own big-name free agent, Za’Darius Smith, to bolster the pass rush.

As both franchises looked to make good on their hopes of contending in 2022, they figured to do so on the backs of multiple young players. Rookies Jose Miranda, Joe Ryan, and Jhoan Duran, along with sophomore Griffin Jax, all had varying levels of success in significant roles for the Twins. Ryan was the Opening Day starter, Duran proved to be the anchor of an otherwise shaky bullpen, Miranda hit his way to the middle of the lineup, and Jax was a steadying setup man out of the aforementioned ‘pen.

Although it remains to be seen what level of success the Vikings’ youngsters will have this year, it’s clear Kevin O’Connell and the coaching staff are relying on them to contribute to a team in contention. Second-year players Christian Darrisaw and Cam Bynum earned starting roles in training camp and have risen to the occasion thus far: Darrisaw ranks second among all OTs in Run Block Win Rate, while Bynum was at the center of two crucial takeaways in Minnesota’s Week 6 victory in Miami.

Likewise, rookies Ryan Wright and Ed Ingram have experienced varying levels of success early on. Wright leads the NFL in punts inside the 20 with 15, while Ingram, despite struggles in pass protection, ranks 10th among all OGs in Run Block Win Rate.

The Twins’ reload initiative got off to a great start. After a slow couple of weeks, the team went on a tear and established a sizable lead in the division over the preseason favorite White Sox. However, the early season success did not come without its clear flaws. The Twins’ bullpen relinquished leads often, giving the feeling that no lead was safe. Over ten days in June, Minnesota blew five late-inning leads to Cleveland, which proved to be a pivotal point in the season.

Similarly, the 2022 Vikings find themselves in first place with a two-game lead over mainstay Green Bay just six Weeks in. Like the Twins, there are apparent weaknesses on this team. A shaky defense and inconsistent offense have pundits and fans questioning their legitimacy as NFC contenders.

Begin With the End in Mind

For the Twins, it didn’t end well. A bevy of injuries and subpar production from key players doomed a Twins team that held first place for 92 days and as late as September 4. Surprisingly, it wasn’t preseason darling Chicago that caught the Twins to make the postseason. Rather, it was upstart Cleveland, a team that struggled early in the year and was projected to finish fourth in many preseason polls.

The book has yet to close on these Vikings; in fact, it’s just begun. As of now, the team remains healthy heading into a bye week that should allow them to recharge and come back even healthier. However, if things go wrong, could we see a struggling Lions or Bears team catch the Vikings and Packers, similar to how the Guardians overtook the Twins and White Sox?

Vikings fans hope things don’t turn out as they did for the hometown nine.