The 2022 Vikings, According to All National Power Rankings: Week 10 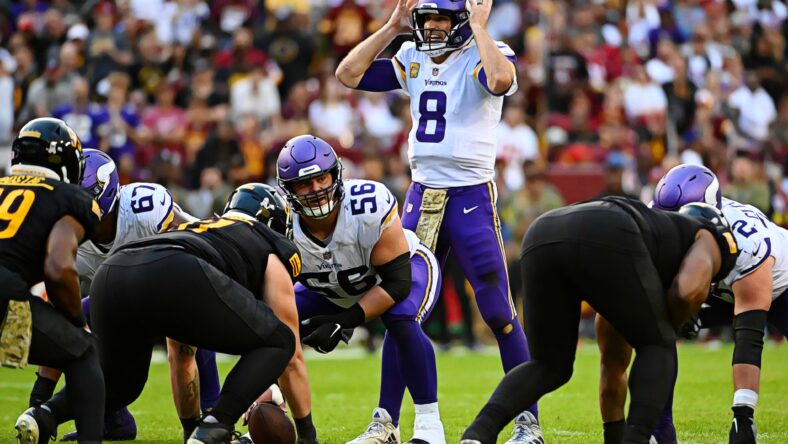 The Vikings defeated the Washington Commanders in Week 9, 20-17, with a win that secured a 4.5-game lead atop the NFC North after the Green Bay Packers dropped a fifth consecutive game. Against Washington, Minnesota’s offense went to sleep for about three quarters while the defense fired up its best game of 2022. In the end, the offense awoke and finished off Taylor Heinicke’s team.

Minnesota now has around 16:1 odds of winning the Super Bowl in 2022, the same probability as last week.

Per EPA/Play, the Vikings own the NFL’s 15th-best offense and 14th-best defense after Week 9. These areas must improve if the Vikings seek attention as a bonafide Super Bowl contender.

These are the Vikings weekly power rankings heading into Week 10.

The national average of these totals is 4.9. The world believes the Vikings are about the NFL’s 5th-best team. Last week, Minnesota was around 5th, too.

Vinnie Iyer from Sporting News said about the current state of the Vikings, “The Vikings aren’t racking up style points, but they are doing what they supposed to do with the offense of Kirk Cousins, Justin Jefferson, and Dalvin Cook leading the way, supported by timely complementary defense. Kevin O’Connell needs more rookie attention as coach of the year love as an ace Sean McVay pupil.”

Frank Schwab from Yahoo Sports added, “We don’t need to have a long debate about the Vikings’ legitimacy. Their next four games: at Bills, vs. Cowboys, vs. Patriots, vs. Jets. We’ll know a month from now how good they are.”

The Vikings are six-point underdogs to beat the Buffalo Bills at Highmark Stadium in Week 10. Buffalo’s QB situation is up in the air as the Bills await word on Josh Allen’s injured elbow.