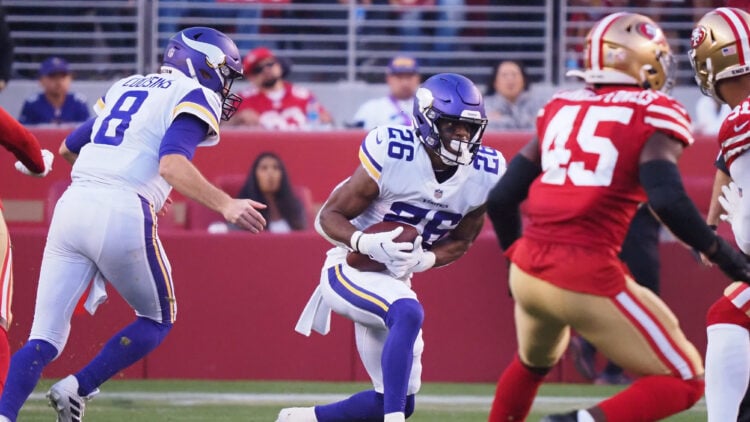 While the Vikings lost the first preseason game against the Raiders by six points, fans shouldn’t be discouraged. The record will be 0-0 when the Vikings face the Packers in U.S. Bank Stadium on September 11th. Much more important in preseason are player evaluations and observations.

The Vikings have a few interesting storylines in their second preseason game, without a specific order:

It’s still unclear who will play. The Vikings may rest all starters after a tough week of practice to keep players fresh and healthy. However, the first-team offensive line played against the Raiders and struggled.

The linemen didn’t create any push in the running game against four Raiders’ backup defensive linemen and allowed pressures in the passing game. It’s also possible that Ed Ingram will move into the starting role and replace Jesse Davis.

Kellen Mond played an outstanding second half against the third and fourth stringers of the Raiders. Against regular backups in the second quarter, the second-year QB struggled. To show that he deserves the backup job, he must beat out Mannion again. In addition, he has to play well against better competition to prevent the Vikings from signing another QB.

It would be helpful for Mond’s evaluation if he starts the game over Mannion. If starter Kirk Cousins is actually playing the first one or two drives, Mond should be the first one off the bench. Mond needs to trust his strong arm and mobility, as he has the skills to wreak havoc. He also needs to scan the field faster and make decisions quicker.

3. Which Depth WR Steps Up?

The Vikings have a lot of good receivers that won’t make the team. It’s anyone’s guess which two of Trishton Jackson, Myron Mitchell, Olabisi Johnson, Albert Wilson, Jalen Nailor, and Dan Chisena will ultimately be on the team. One has to step up and force the coaching staff to choose them over the others.

Jackson and Mitchell surprisingly emerged during training camp and certainly looked like NFL receivers. Johnson and Wilson are veterans but under contract for just one more season. The remaining time of team control could play a factor. Rookie Nailor signed a four-year contract, and the front office invested a draft pick in him.

Chisena is the ultimate special teams specialist, as he brings close to no value to the offense. His special team heroics, however, could be enough for him to make the roster, especially if none of the others can shine. If one of the groups can step up and have a productive game, it could help the coaching staff with the tough decision.

The main attractions of the first Vikings preseason game were Kellen Mond and the speedy running backs. Kene Nwangwu and Ty Chandler both had spectacular performances. Nwangwu surprisingly showed that he’s able to be dynamic as a pass catcher, something he neither showed in college nor as a rookie in the NFL. Chandler, meanwhile, had a big kick return and ran for an average of ten yards per carry.

Another strong performance and the Vikings have to consider what they will do with their running back group, as it’s unusual to keep five backs, and it’s impossible to cut one of the two speedsters. Alexander Mattison or C.J. Ham could be surprise cuts in this scenario.

The rookies looked great in their first preseason game. The big thing, however, is their development. They have to show that they can improve, especially first-rounder Lewis Cine. He had a good game against the Raiders but is still far from reaching his potential. Andrew Booth must show that he deserves the starting spot over Cameron Dantzler.

Akayleb Evans and Brian Asamoah will likely play rotational roles during their rookie seasons. The better they play in the preseason, the more snaps they’ll play in the regular season. Ed Ingram is also an interesting player, as he was phenomenal in his first game action and now needs to prove that he can continue to play at that level. Late-round picks, for example, Vederian Lowe, are fighting for a roster spot. He played fantastic in his limited snaps but has to do it again to beat out Blake Brandel and Oli Udoh.