Should the Vikings Pursue OBJ? 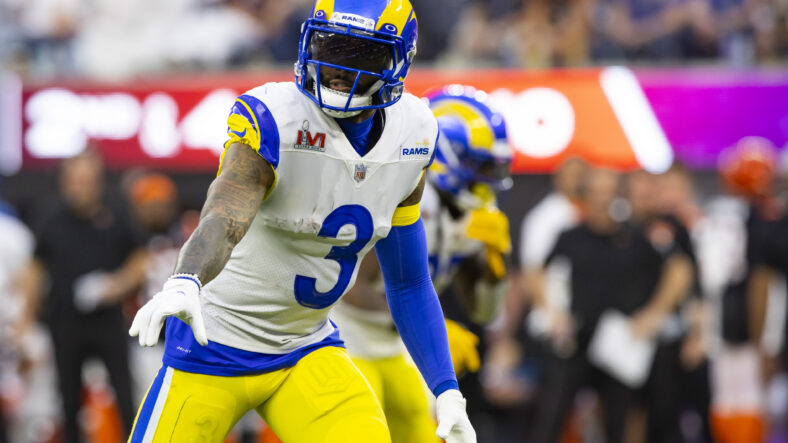 One of the most exciting NFL players is still looking for a job. Players all over the league are trying to recruit Odell Beckham Jr, coaches are dreaming about the new possibilities with the weapon on their team, and front offices are trying to fit another contract under their cap. OBJ will sign a new deal soon but should the Vikings be interested?

It’s entirely unclear what the demands of the star wideout are. Things are vastly different if he’d be interested in a one-year deal than if he would only sign a long-term contract. The Vikings are tied financially, and they currently have just $862,928 in cap space, per overthecap.com.

However, teams can be creative with that number, and the Vikings have a few options. The team could restructure some contracts and push some cap hits down the road into future years. Players like Brain O’Neill come to mind. They would simply take the base salary and convert it into a signing bonus spread out over the contract. The problem with that is that the cap hit in the future will be really high.

Another option is to sign Beckham Jr. to a deal that puts the cap hit into the future. The thinking is the same, as cap guru Rob Brzezinski could add void years to the contract that lower the 2022 cap hit and count against the cap in future years when the receiver is no longer on the roster. A few current Vikings have that kind of deal, like Kirk Cousins and Dalvin Tomlinson. Anthony Barr is counting against the cap in 2022 despite playing for the Cowboys. That way, the Vikings managed to have him on the team in 2021. The purple team has to give up some cap flexibility in the future but could be a real competitor in 2022. If they want to make it happen, they could find a way.

Kevin O’Connell. Kwesi Adofo-Mensah and the Vikings owners have to decide if OBJ is worth that money. There are a few things to consider. First of all, the Vikings have a few excellent receivers. Justin Jefferson may very well be the best wideout in the NFL. Adam Thielen is not getting any younger but is still a good player. He is no longer a number-one receiver, and teams play him extremely aggressively. At times, he’s struggling to get open consistently and, therefore, can disappear in games.

K.J. Osborn, meanwhile, is a good slot receiver that usually is best in clutch moments, but he’s not dynamic enough to be an elite weapon. OBJ could, in theory, upgrade that room and take some pressure off Jefferson. The Vikings like to have three wideouts on the field, and he could make the offense even more dangerous.

The one problem is his health. In his career, OBJ has played every game twice and not since 2019. Ankle injuries, including a fracture and two ACL tears, are serious injuries. The last torn ACL famously occurred in the Super Bowl about eight months ago. Before the injury, Beckham played a fantastic postseason and was a big part of the Rams’ success. He even scored a touchdown in the Super Bowl. His role in Minnesota could be similar to last year when he took some pressure away from Cooper Kupp.

The health of his knee is unknown. Reports in the offseason suggested a mid-November return, but also mid-December is swirling around. He would be best suited on a team that’s reaching the postseason and then gets a push from the receiver.

Connections to the Vikings

Justin Jefferson famously went to the same college as OBJ. Both were LSU standouts. During LSU’s championship run in 2019, OBJ was in the locker room a few times, and there are some videos existing of the two wideouts together. Beckham also played with Jefferson’s brother at LSU. In addition, Jefferson and teammate Cameron Dantzler wore a shirt with “free OBJ” in a pregame warmup in the 2021 season when Beckham Jr. wanted to get out of Cleveland. Jefferson and Beckham also wore a shirt of each other before last year’s matchup between the Vikings and the Rams.

The wideout also knows the Vikings’ head coach pretty well. The two won the Super Bowl in Los Angeles in February. Kevin O’Connell was the offensive coordinator and surely had some contact with OBJ. Considering O’Connell’s personality as a player’s coach, it’s likely that the two had a good relationship. OBJ also worked with Kwesi Adofo-Mensah in Cleveland.

Because of the lack of cap space, the Vikings should probably not make too big of a push to sign the receiver. It would certainly be exciting and increase the likelihood of a deep playoff run, but the risk is too high that the Vikings would ruin their future cap. Things would be different if OBJ were willing to sign a relatively cheap deal. However, considering that half of the league is interested and he can choose his team, it’s more likely that he will sign for a lot of money.