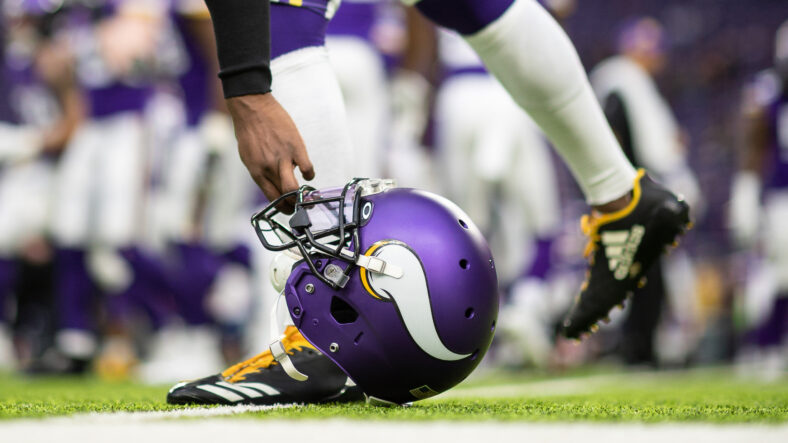 It may not be widely broadcast around purple nation, but October 6th is a defacto Minnesota Vikings holiday, marking the anniversaries of a couple of influential events in franchise history.

The topic arose in 2021 on the Bleav in Vikings Show, a podcast hosted by former Vikings left tackle Bryant McKinnie.

And strangely, the holiday has nothing to do with events on the football field. Five years apart, on October 6th, these events occurred.

For clarity, the image above is not “The Love Boat,” but few pictures pertaining to the party exist. Nevertheless, on October 6th, 2005, various Vikings players set sail on Lake Minnetonka — and scandal ensued. Promiscuous shenanigans allegedly occurred, and the rest is history.

There were actually two boats — a fact that many don’t know or forget because the words Love and Boat imply a single large vessel — and 90 to 100 folks were involved. Another overlooked detail about the trip? No ghastly illegal actions took place. The tomfoolery was merely a bad look for the team. A few players paid fines for disturbing the peace.

The media pounced as the Vikings had a 1-3 record at the time of the cruise — the team was on a bye week, too — and the story ignited like wildfire. Ultimately, the Love Boat lives tongue-in-cheek in Minnesota sports lore.

Immediately after the faux scandal, the Vikings won seven of their next nine games.

Randy Moss Traded Back to Vikings

Half a decade later, Randy Moss reunited with the Vikings — but not for long — via trade with the New England Patriots. Minnesota traded Moss to the Oakland Raiders five months before the Love Boat with one of the most controversial moves in Minnesota sports history.

But on October 6th, 2010, all was right with the world because Moss “came home,” sending a 3rd-Round draft pick to the Patriots that would turn into Ryan Mallett. The reunion was short-lived, though, as Moss was released just 27 days after the trade. He did not jell with head coach Brad Childress, who was also on borrowed time. The Vikings fired Childress about three weeks after jettisoning Moss.

The Hall of Famer caught 13 passes for 174 yards and two touchdowns in those 27 days. Moss even caught Brett Favre’s 500th career touchdown pass during his brief stint back with the franchise.

All in all, both events generated gobs of attention from fans and arguably caused two head coach terminations with some butterfly effect.

The Vikings have currently won three consecutive games on October 6th (2019, 2008, 1996). The date is also the birthday of Tony Dungy, who defensively coordinated the Vikings from 1992 to 1995 and coached the Indianapolis Colts to a Super Bowl triumph in 2006.