Key Defender for the Chicago Bears Is Absent from Minicamp 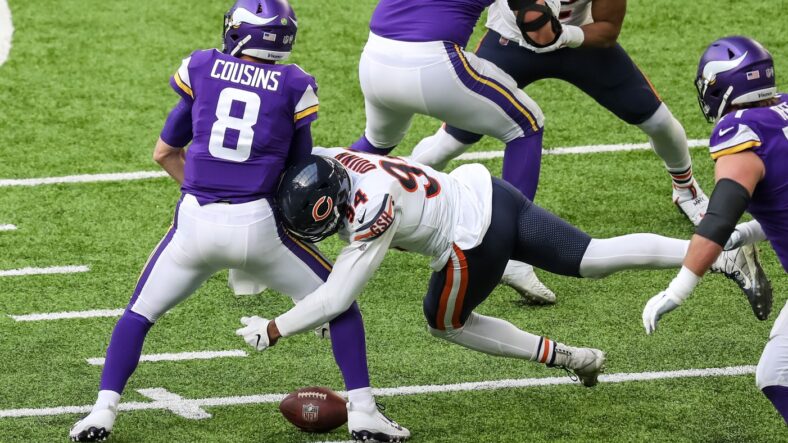 While the Minnesota Vikings spent the offseason bolstering their defensive front, their rivals have spent the past few months scrambling. The Chicago Bears have now seen their worst nightmare come to fruition: Robert Quinn has been nowhere to be found at this spring’s minicamp.

Quinn is an 11-year NFL veteran who anchored the Bears pass-rush group in 2021. He recorded an outstanding 18.5 sacks and 17 TFLs in 2021; numbers that ranked second and sixth in the entire NFL, respectively. Especially now that Khalil Mack is a Los Angeles Charger, Chicago was relying on Quinn to carry the load for them in the pass-rush department.

The problem is, Robert Quinn negotiated a new contract extension following the 2020 season where Chicago made a playoff appearance. Now, coming off a 6-11 season in 2021 with their rookie QB Justin Fields, the team is in the midst of a rebuild. They traded away the aforementioned Mack, and Akiem Hicks walked in free agency, signing a contract with the Dallas Cowboys.

Quinn is the one remaining veteran from the defense that terrorized opposing offenses in 2020 en route to their wild card berth. The 32-year-old is due $17 million after his career year in 2021, but it is becoming clear that he has no interest in being on a rebuilding roster. This makes sense as these upcoming years may be the last chances for him to contribute to a Super Bowl contender. Quinn has played in just two playoff games throughout his career, and his teams have lost both of them. In 2017 the Rams lost to the Atlanta Falcons and in 2020 the Bears lost to the New Orleans Saints.

Quinn remains under contract through 2025, but there is an increasing likelihood that Chicago will look to trade their pass-rusher, making the final turn towards rebuild. He is the highest paid player on the roster, just ahead of safety Eddie Jackson’s $15 million that will be earned this year.

For the Minnesota Vikings, this becomes a very big deal. They obviously play the Bears twice this year, and regardless of what direction the teams have been going in recent years, these matchups have always been difficult. Last year, Minnesota won both games, but the Week 18 game was won when Chicago had all but given up on the year. Week 15 was a 17-9 bloodbath that the Vikings squeaked out in U.S. Bank Stadium.

In these two games, Quinn recorded 2.5 sacks, a TFL, and a forced fumble, putting together terrific performances regardless of how the Bears season ended up and where it looks to be going in 2022. The Minnesota Vikings, on the other hand, are looking to turn into serious playoff contenders this year. If they do not have to deal with one of the better pass-rushers in the league twice a year, that only makes their schedule that much easier. 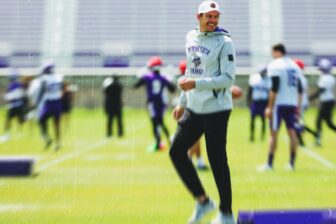