How Is the Jalen Reagor Experiment Going? 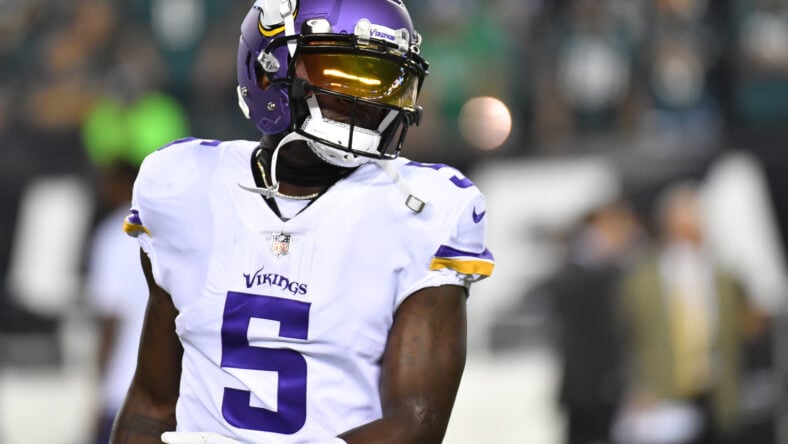 Coming into training camp, the 2022 Minnesota Vikings had somewhat of an open competition for their punt return specialist. Former Iowa standout Ihmir Smith-Marsette was seen as the favorite but failed to capitalize on the opportunity. Before the regular season kicked off, Jalen Reagor was brought in for the role. How has it gone thus far?

If you remember, Jalen Reagor’s name is notable in these parts because he was selected one pick prior to the Vikings taking Justin Jefferson. Reagor was seen as a burner from TCU, but Jefferson was looked at as a more polished product from LSU. Philadelphia did the Vikings a favor and grabbed the wrong guy.

Being a pick apart, Reagor’s contract is virtually the same as Jefferson’s. That’s another way to say it’s substantially more than that of the guy he’s replacing. This season Reagor makes $1.8 million, which jumps to $2.4 million next year. He can be cut with that same amount being dead cap. Minnesota could also decide to activate his fifth-year option keeping him for 2024, but that would seem unlikely.

Reagor stepped onto the field for the Vikings as a clear fourth option behind Jefferson, Adam Thielen, and K.J. Osborn. He’s seen minimal snaps offensively and has turned five targets into three receptions for 10 yards with a touchdown. In short, he’s been next to non-existent on offense. That was to be expected and would’ve been the case for Smith-Marsette.

It was the return game that he was brought in to make an impact, and it’s questionable that he has. Through seven games, Reagor has returned 13 punts for an average of 7.5 yards with a 25-yard long. That’s slightly up from his 7.3 yards per return last season but marginal value at best. A season ago, veteran Dede Westbrook handled the punt returns putting up an 8.3 yards per return average. That’s a relatively insignificant jump, but he did so for just $990k, or roughly half the cost of Reagor’s deal.

There’s a reasonable amount of time left in the regular season, and the Vikings certainly hoped to find Reagor’s pedigree that earned him a first-round selection. Thus far, however, a minor upgrade in the return category for pick compensation and more cash has been a step backward. Here’s to hoping he can make the deal more of a wash than it currently looks before the season is through.